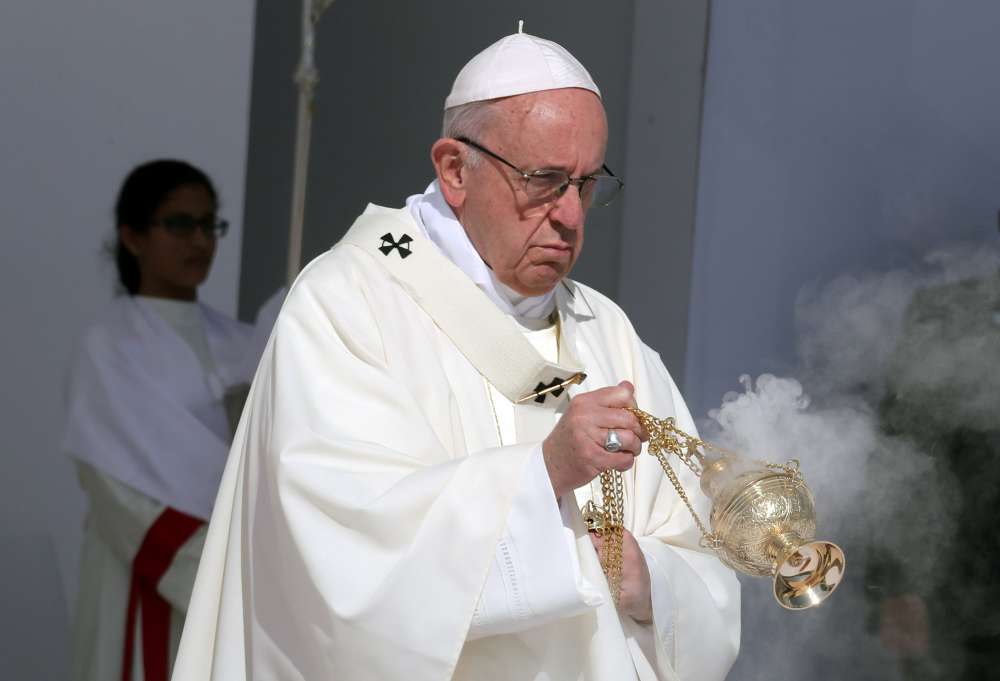 French authorities are investigating allegations that the Vatican’s ambassador to France molested a junior official in Paris’ City Hall, a City Hall official said on Friday.

The official told Reuters that Archbishop Luigi Ventura, 74, who has held the post in Paris for the past decade, was suspected of having touched the buttocks of the male junior staffer during Mayor Anne Hidalgo’s New Year address.

Ventura “caressed in an insistent and repeated manner the young man’s buttocks during the ceremony. He put his hands on his buttocks several times,” the City Hall official said.

A judicial source confirmed a preliminary investigation against Ventura was underway. The Vatican did not respond to requests for comment.

Pope Francis has come under fire over the Roman Catholic Church’s handling of a long-running sexual abuse crisis.

While much of the recent focus has been on the United States, Australia and Chile, the trial last month of the Archbishop of Lyon put the spotlight on Europe’s senior clergy again.

Cardinal Philippe Barbarin is charged with failing to act on historic allegations of sexual abuse of boy scouts by a priest in his diocese. A verdict is due on March 7.

The Paris City Hall official said the allegations against Ventura involved a male employee from the mayor’s international relations team. He had been tasked with looking after Ventura during the ceremony.

By In Cyprus
Previous articleForeign Ministry announces cooperation with Clingendael Academy – Ecorys venture
Next articleCyprus trade deficit down to €4.9 billion in 2018