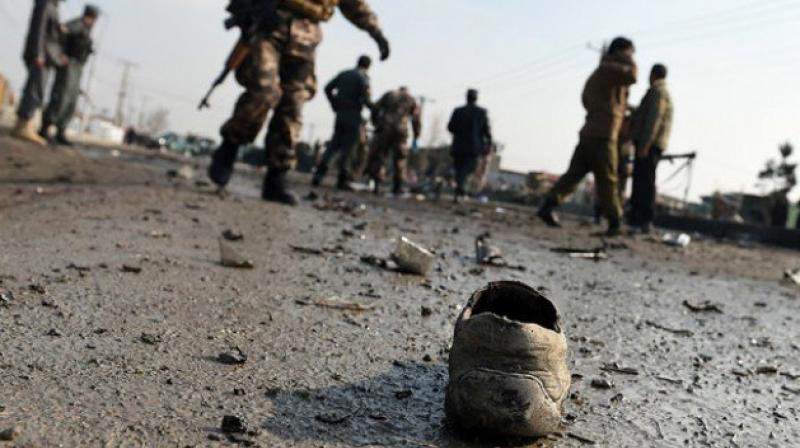 A suicide bomber killed three Czech soldiers who were on a NATO foot patrol in eastern Afghanistan on Sunday, officials said, an attack claimed by the Taliban.

One U.S. and two Afghan soldiers were wounded, the NATO Resolute Support mission said in a statement.

Czech Prime Minister Andrej Babis paid tribute to the “heroes who fought against terrorism so far from home and who were killed by a suicide attacker.

“I respect what they did for our country. I am sending my deepest condolences to their families,” he tweeted.

Eastern Afghanistan, where U.S. Special Forces units have regularly been deployed against militants, remains one of the deadliest areas since the U.S. military ended its main combat operation against the Taliban in 2014.

U.S. Army Gen. John Nicholson, commander of Resolute Support and U.S. Forces-Afghanistan, said of the attack vicitims: “Their sacrifice will endure in both our hearts and history and further strengthen our resolve.”

The attack on a routine foot patrol happened in the Khalazai area of Charikar, capital of Parwan province, local officials said.

The Taliban, fighting to restore strict Islamic law after their 2001 ouster, claimed responsibility and said it had killed eight “U.S. invaders”.

“The invaders had to bring three helicopter ambulances to protect their forces,” Taliban spokesman Zabihullah Mujahid said in statement.

By In Cyprus
Previous articleUpdate: Twenty killed in plane crash in Swiss Alps
Next articleProper management of waste a top priority for Aradippou Municipality