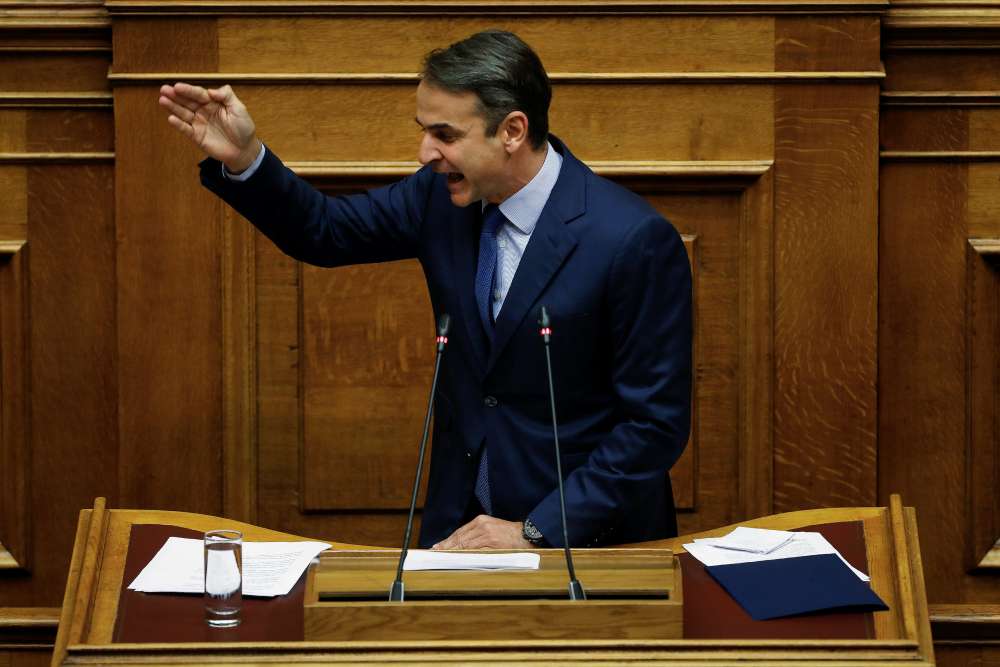 Greece‘s opposition New Democracy party will file a no-confidence motion against Prime Minister Alexis Tsipras in parliament over a deal to solve a decades-old name dispute with Macedonia, its leader Kyriakos Mitsotakis said on Thursday.

Tsipras’s governing left-right coalition has 154 seats in the 300-member parliament.

The no-confidence motion is the first against Tsipras since he took power in 2015. He is trailing in opinion polls, scorched by economic reforms introduced as a condition for a third multi-billion-euro bailout for Greece in 2015.

Tsipras and FYROM Prime Minister Zoran Zaev reached a landmark agreement on Tuesday to call the ex-Yugoslav republic the “Republic of North Macedonia”, settling nearly three decades of wrangling over its name and removing an obstacle to Skopje’s bid to join the European Union and NATO.

However, the deal has triggered strong criticism from opposition parties in both countries and Macedonia’s president has said he will not sign it.

“It is an act of responsibility to exhaust every possibility in averting this (deal),” Mitsotakis told lawmakers.

He said he would file the motion as soon as parliament concluded a vote on bailout reforms later on Thursday.

Tsipras’ coalition ally, the Independent Greeks, have said publicly that they would not support the accord reached with Skopje but they would not topple the government either.