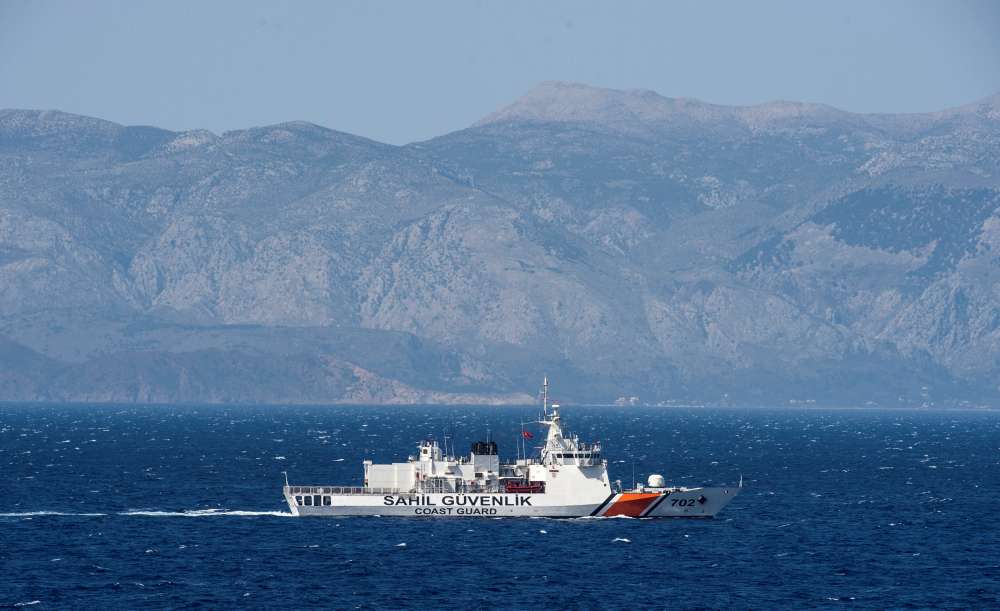 Turkey warned Greece on Tuesday it would not tolerate a shift in Greece’s maritime border, drawing a sharp rebuke from Athens that it would decide when and how it exercises its sovereign rights.

The statements from both sides came a few days after Greece’s former foreign minister said Greece planned to extend its territorial waters to 12 miles to the west of the country.

Territorial waters are a sensitive issue between the two neighbours and NATO allies, who are separated by the Aegean Sea and have been at odds over airspace, ethnically split Cyprus and offshore mineral rights for decades.

Turkey has previously warned it could not preclude military action to defend its interests.

Former Greek Foreign Minister Nikos Kotzias, who resigned last week, said on Saturday that Athens planned to extend its territorial waters in the Ionian Sea, which flanks the west coast of the country. The planned measure would not affect the Aegean region, off Greece’s eastern and southern coasts.

Turkey’s foreign ministry, however, said that it had noted previous statements from Athens of plans for the gradual expansion of Greek territorial waters.

“It is not possible to tolerate steps where there is no bilateral agreement on the Aegean where the two countries have mutual shores,” Foreign Ministry spokesman Hami Aksoy said in a statement.

In Athens, a foreign ministry spokesman said Greece’s rights would not be dictated by third parties. “The extension of the coastal zone is a legal and inalienable sovereign right of Greece, in accordance with international law,” he said.

“The relevant decision for an extension is exclusively up to Greece, which has the right to extend its territorial waters whenever, and as, it sees fit.”

Turkey’s statement recalled a 1995 declaration of the Turkish parliament which had authorised action, not excluding military action, to safeguard Turkish interests.

“(Parliament’s) declaration…dated 8 June 1995 has the necessary political warning in this context and it still maintains its validity today,” the Turkish statement added.

That view had been conveyed to Greece’s ambassador in Turkey, it said.