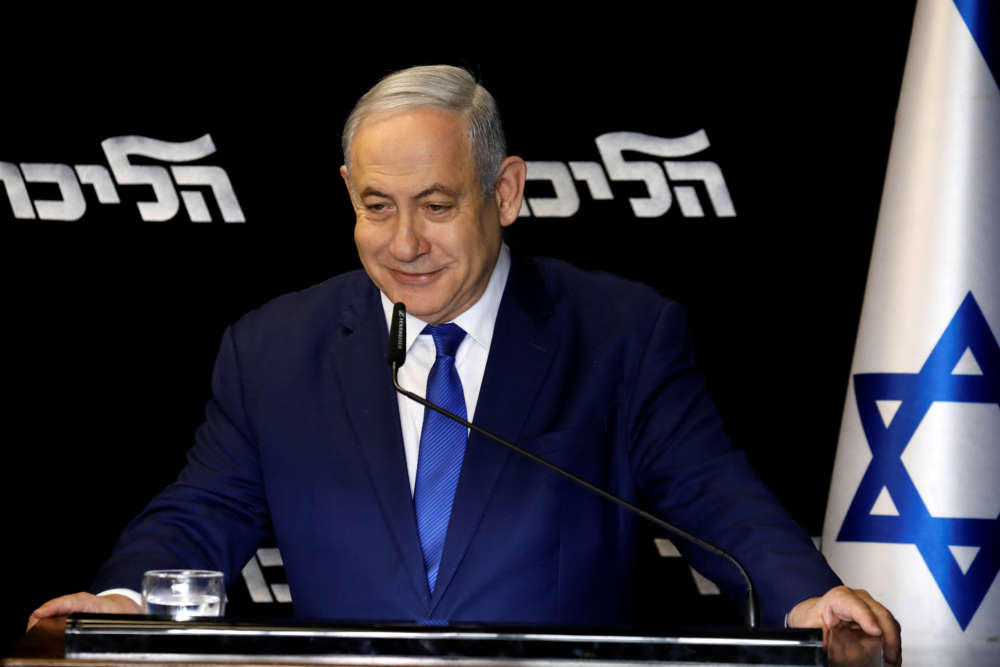 “President Trump’s Vision for Peace is the product of more than three years of close consultations among the President, PM Netanyahu and their respective senior staff,” Friedman said on Twitter.

“Israel is subject to the completion (of) a mapping process by a joint Israeli-American committee. Any unilateral action in advance of the completion of the committee process endangers the Plan & American recognition,” Friedman said.

Although Trump’s plan envisages a two-state solution with Israel and a future Palestinian state living alongside each other, it includes strict conditions that the Palestinians have rejected out of hand.

The blueprint gives Israel much of what it has long sought, including U.S. recognition of settlements and Israeli sovereignty over the Jordan Valley.

Running for re-election in a March 2 ballot, Netanyahu has been under pressure from settler leaders, and members of his right-wing cabinet with whom he is competing for votes, to move ahead with annexations before the election, despite White House pressure to hold off.

“The (U.S.) recognition is the main thing and we don’t want to endanger that,” Netanyahu told his cabinet on Sunday.

On Saturday, Netanyahu told an election campaign rally that the annexed area would include all Israeli settlements and the Jordan Valley – territory Israel has kept under military occupation since its capture in the 1967 Middle East war but which Palestinians want in a future state.

Right after Trump presented the plan on Jan. 28, Netanyahu signalled his government would begin extending Israeli sovereignty to the settlements and the Jordan Valley within days. But on Saturday Netanyahu appeared to row back.

“We’ve been waiting since 1967 and some people are making a big deal out of a few weeks,” Netanyahu said at the rally.

Most countries consider Israeli settlements on land captured in war to be a violation of international law. Trump has changed U.S. policy to withdraw such objections and the prospect of Israeli annexations have drawn widespread condemnation.

Palestinians say the settlements make a future state unviable. Israel cites security needs as well as biblical and historical ties to the land on which they are built.