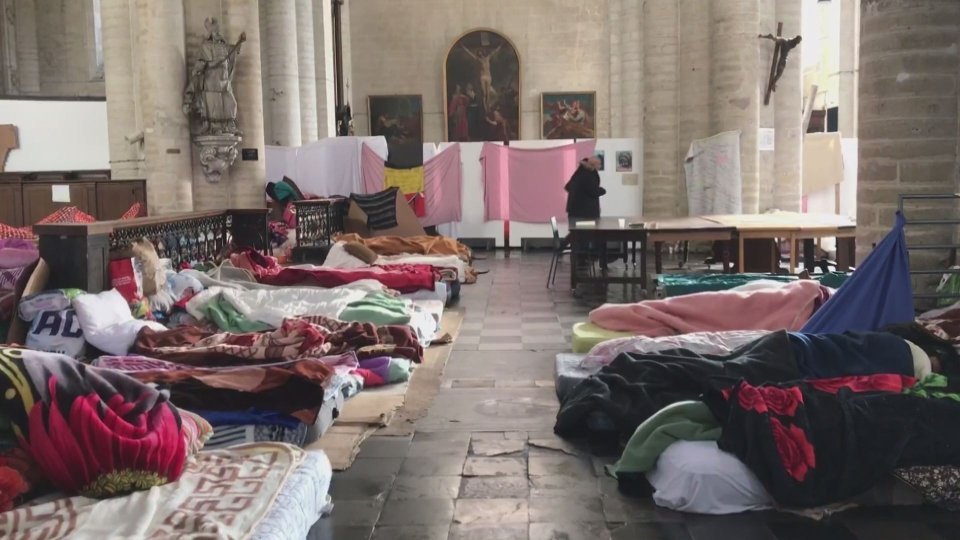 A large group of undocumented migrants has occupied a church in Belgium to attract the attention of the government as their situation has become worse as a result of the Covid-19 pandemic.

Several hundred migrants have taken up refuge inside the Saint-Jean-Baptiste au Beguinage Church in Brussels 24 days ago after a priest granted them access on the condition that coronavirus restrictions are respected.

Migrants living in Brussels for many years are maintaining their lives despite not having any official documents.

Some have been living in Belgium for more than 20 years without official documents. Therefore some of them are called “paperless”.

“Paperless” immigrants had previously lived in the church with the permission of the church administration.

Around 270 migrants from 17 various nationalities are waiting to meet with officials from the Belgian government and want to obtain a residence permit.

The immigrants, who are mostly Muslims, desire to be able to continue their lives in accordance with the law and to live “compatible with human dignity”.

Stating that life is very difficult without a residence permit in Belgium, the spokesperson of the immigrants, Mohammed from Algeria called on the government to find a solution to their problems.

There are immigrants from many countries such as Pakistan, Afghanistan, Congo, Tunisia, Morocco, and the Philippines in the church.

It is estimated that there are more than 100,000 “paperless” immigrants in Belgium. Some of these people went to school and hold a degree in Belgium, where they came as a child, and some of them work even if they are illegal.

Saint John the Baptist at the Béguinage has been occupied by migrants in the past.