Under pressure from parliamentary partner,May meets ministers on Brexit 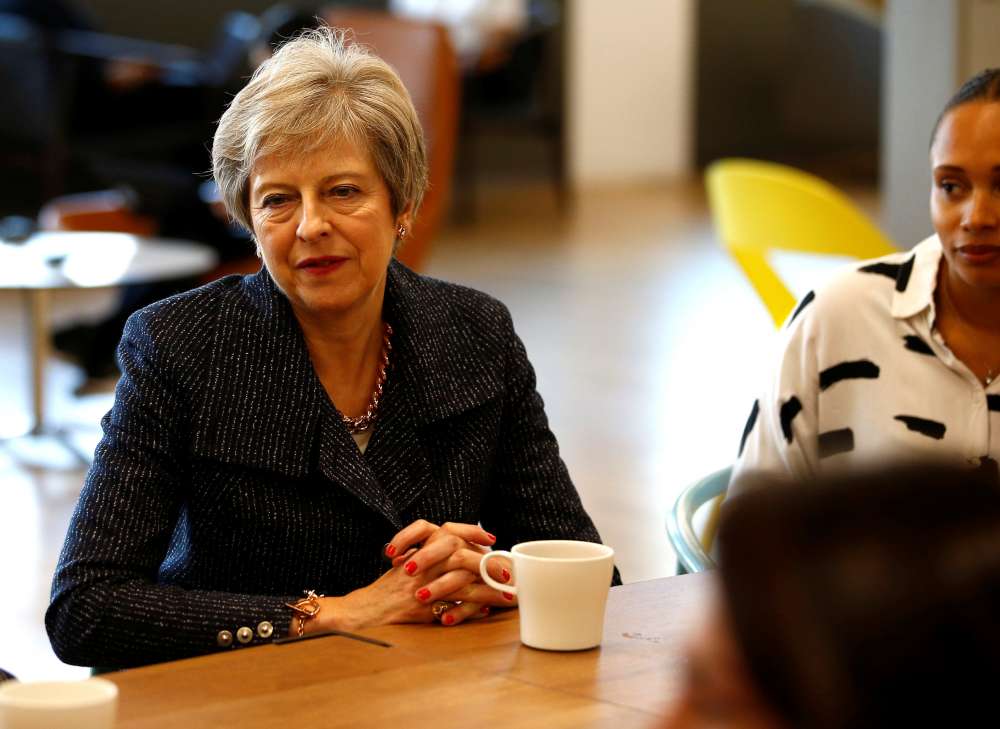 Prime Minister Theresa May will meet some of her ministers on Thursday to discuss Brexit, hours after her parliamentary partner threatened to withdraw its support if she accepts what it calls a “draconian solution” from the European Union.

Just six months before Britain is due to leave the EU, the two sides differ on their view of the talks – the bloc says a withdrawal deal is within reach, while British officials say “big issues” still lie in the way of any agreement.

They do agree on one thing – that time is running out to seal a deal to pave the way for Britain’s divorce, the biggest change in trade and foreign policy for more than 40 years. As that departure date creeps closer, those wanting to influence May’s approach to Brexit are intensifying their efforts.

One of the biggest hurdles is an agreement on the so-called Irish backstop to prevent the return of a hard border between the British province of Northern Ireland and EU member state Ireland if there is no immediate trade deal.

A seamless border is part of the 1998 settlement which largely ended decades of sectarian violence in the province. May is also committed to preserving “frictionless” trade with the EU after Britain leaves.

Neither side has indicated there has been a deal on the Irish backstop. But after meetings in Brussels, Northern Ireland’s Democratic Unionist Party, which props up the minority Conservative government in parliament, has issued a series of terse warnings to May.

DUP Brexit spokesman Sammy Wilson condemned what he said was the EU’s offer for a backstop that would keep Britain in the EU customs union for an unspecified, time-limited period, would exclude Northern Ireland from new British trade deals and see checks on goods moving from mainland Britain to the province.

May’s acceptance of such a proposal “would have implications not just for Brexit legislation – 50 per cent of which would not have passed without DUP support – but also for the budget, welfare reform and other domestic legislation”, Wilson said.

“She will not have DUP support regardless of whether the government tries to bribe, bully or browbeat us into accepting it,” he wrote in the Daily Telegraph newspaper.

By withdrawing its support, the DUP could make it difficult for May to pass legislation through parliament, including the budget which will be voted on later this month.

May’s spokesman said the prime minister would gather several of her ministers later on Thursday as part of routine meetings to keep her cabinet team updated on progress in Brexit talks, which he said still had to tackle “big issues”.

The meeting takes place against growing criticism over her approach to exiting the EU, with some Conservative eurosceptic lawmakers saying they will vote against any deal based on her “Chequers” proposal – named after her country residence – as it will not bring a complete break from the EU in their view.

Former prime minister John Major, whose career as leader was crushed partly by eurosceptics, said the behaviour of some of those Conservatives was “an intolerable way to treat a prime minister who’s in the middle of negotiations”.

But the parliamentary arithmetic is difficult for May. With the support of the DUP, she commands a majority of only 13 lawmakers and needs to keep either her own party onside or attract votes from the main opposition Labour Party.

Labour leader Jeremy Corbyn has said the party will vote against any deal that does not meet its tests, which include retaining “the exact same” benefits Britain now has within the EU’s customs union and single market – something the Chequers plan does not fulfil.

And former Labour leader Tony Blair added his voice to calls for the party to vote down May’s Brexit divorce deal, saying there was a 50-50 chance of holding another referendum. The 2016 referendum resulted in a 52-48 percent victory for the Leave campaign.

“I still believe it is possible that Brexit is stopped,” Blair told Reuters. “I think there is no majority in parliament for any proposition that the prime minister brings back.