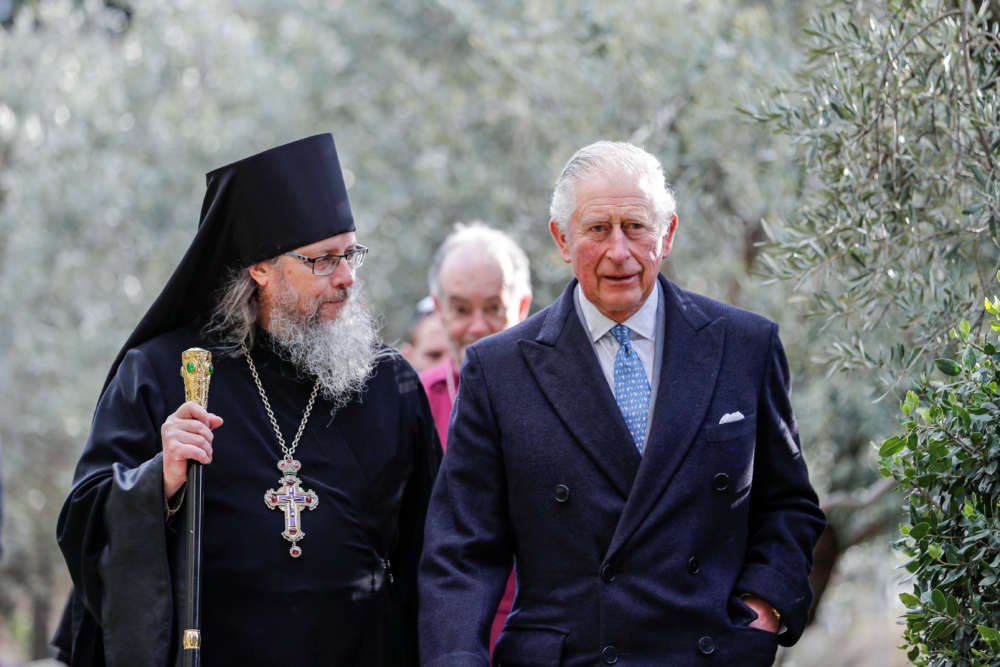 The heir to the British throne expressed sadness on Friday over the suffering and hardship faced by Palestinians and called for “a just and lasting peace” in the Middle East on the third day of his visit to the Holy Land.

Prince Charles met Palestinian President Mahmoud Abbas in Bethlehem, prayed with Christian clergy and visited the grave of his grandmother, who is buried on Jerusalem’s Mount of Olives and is honoured by Israel for saving Jews during the Holocaust.

“It breaks my heart… that we should continue to see so much suffering and division. No one arriving in Bethlehem today could miss the signs of continued hardship and the situation you face,” Charles, the eldest son of Queen Elizabeth, said on his first official visit to the occupied Palestinian Territories.

“…I can only join you, and all communities, in your prayers for a just and lasting peace… It is my dearest wish that the future will bring freedom, justice and equality to all Palestinians, enabling you to thrive and to prosper.”

His five-mile (eight-km) journey to Bethlehem involved traversing an Israeli military checkpoint to reach the other side of a concrete wall that Israel built through West Bank territory it captured in the 1967 Middle East war.

Charles, 71, said it would be “the greatest tragedy” if the ancient Palestinian Christian communities were to disappear from the Holy Land, an apparent reference to the departure of many Arab Christians from the Middle East.

Britain’s royal family steers clear of politics, though Charles, who will become governor of the Church of England when he ascends the throne, has long spoken out on issues such as inter-faith dialogue and the environment.

“I have endeavoured to build bridges between different religions, so that we might learn from each other and be stronger together as a result,” he said on Friday after visiting in Bethlehem the Mosque of Omar and the Church of the Nativity, where according to tradition Jesus Christ was born.

Earlier, Charles bowed his head in remembrance before the tomb of his grandmother, Princess Alice, a devout Christian who sheltered a Jewish family in Nazi-occupied Greece.

On Thursday Charles spoke of the inspiration he drew from his grandmother during a Holocaust memorial ceremony attended by dozens of world leaders to mark the 75th anniversary of the liberation of the Auschwitz death camp.

Charles, Prince of Wales, stood in prayer with local clergymen around his grandmother’s crypt inside the golden-domed, Russian Orthodox Church of Mary Magdalene, where a female choir chanted motets from a vantage above the Old City.

In 1993, Princess Alice of Battenberg received the highest honour Yad Vashem bestows on non-Jews – Righteous Among the Nations – for hiding three members of the Cohen family in her palace in Athens during World War Two.

She died in London in 1969 and had asked to be buried in Jerusalem, next to her aunt.

They are both laid to rest on the Mount of Olives, a biblical hilltop holy to Jews, Christians and Muslims. At its foot is the Garden of Gethsemane, revered by Christians as the place where Jesus Christ prayed before he was crucified. (Reuters)