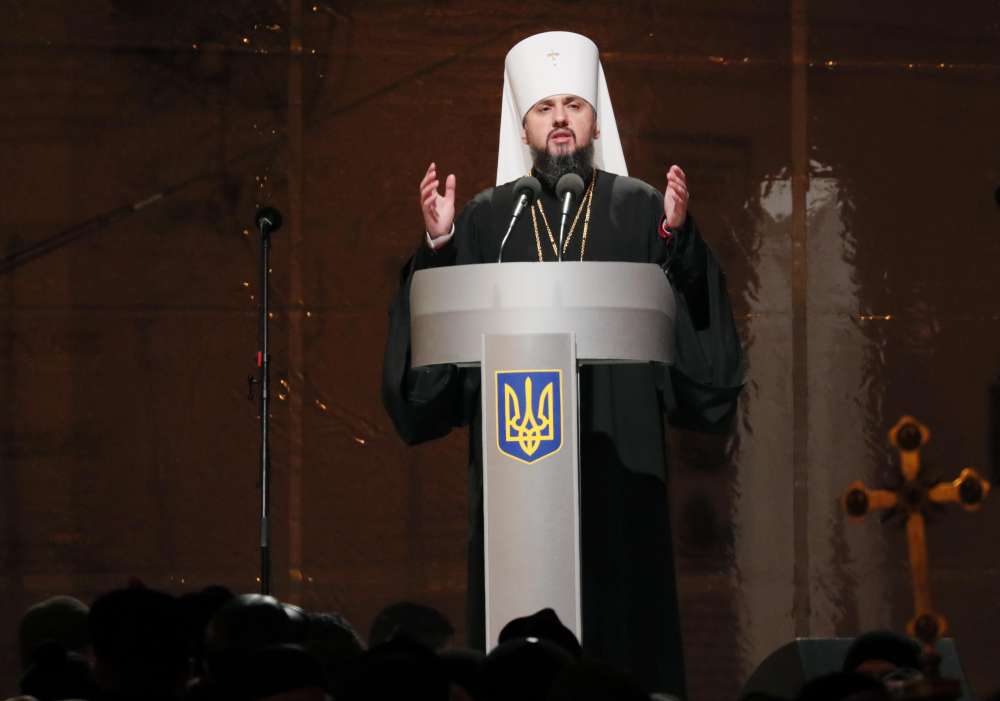 Ukraine chose the leader of a new national church on Saturday, marking an historic split from Russia which its leaders see as vital to the country’s security and independence.

Ukrainian President Petro Poroshenko said Metropolitan Epifaniy, of the Kiev Patriarchate church, had been chosen as head of the new church.

“This day will go into history as a sacred day … the day of the final independence from Russia,” Poroshenko told thousands of supporters, who shouted “glory, glory, glory”.

Relations between Ukraine and Russia collapsed following Moscow’s seizure of Crimea in 2014. Ukraine imposed martial law in November, citing the threat of a full-scale invasion after Russia captured three of its vessels in the Kerch Strait.

Kiev says Moscow-backed churches on its soil are a Kremlin tool to spread propaganda and support fighters in the Donbass region in a conflict that has killed more than 10,000 people.

The churches strongly deny this.

The leader of the new church was chosen by a council that met at the St Sophia Cathedral in Kiev, built by the son of Prince Volodymyr whose baptism in 988 led to the spread of Christianity in the region.

“The question of autocephaly is a question of Ukrainian national security,” Poroshenko had told the council earlier.

“This is a question of Ukrainian statehood. We acquire spiritual independence, which can be compared to the achievement of political independence. Break off the shackles, which bind us to the empire.”

By In Cyprus
Previous articleCyprus records the largest decrease on non-performing loans in EU, EBA says
Next articleTrump’s interior secretary Zinke to step down amid ethics probes