Ukraine is targeting Russian soldiers who shoot at Europe’s largest nuclear power station or use it as a base to shoot from, as G7 nations, fearing a nuclear catastrophe, called on Moscow to withdraw its forces from the plant.

Ukraine and Russia have traded accusations over multiple incidents of shelling at the Zaporizhzhia facility in southern Ukraine. Russian troops captured the station early in the war.

“Every Russian soldier who either shoots at the plant, or shoots using the plant as cover, must understand that he becomes a special target for our intelligence agents, for our special services, for our army,” President Volodymyr Zelenskiy said in an evening address on Saturday.

Zelenskiy, who did not give any details, repeated claims that Russia was using the plant as nuclear blackmail.

The plant dominates the south bank of a vast reservoir on the Dnipro river. Ukrainian forces controlling the towns and cities on the opposite bank have come under intense bombardment from the Russian-held side.

Ukrainian presidential adviser Mykhailo Podolyak accused Russia of “hitting the part of the nuclear power plant where the energy that powers the south of Ukraine is generated.”

“The goal is to disconnect us from the (plant) and blame the Ukrainian army for this,” Podolyak wrote on Twitter. 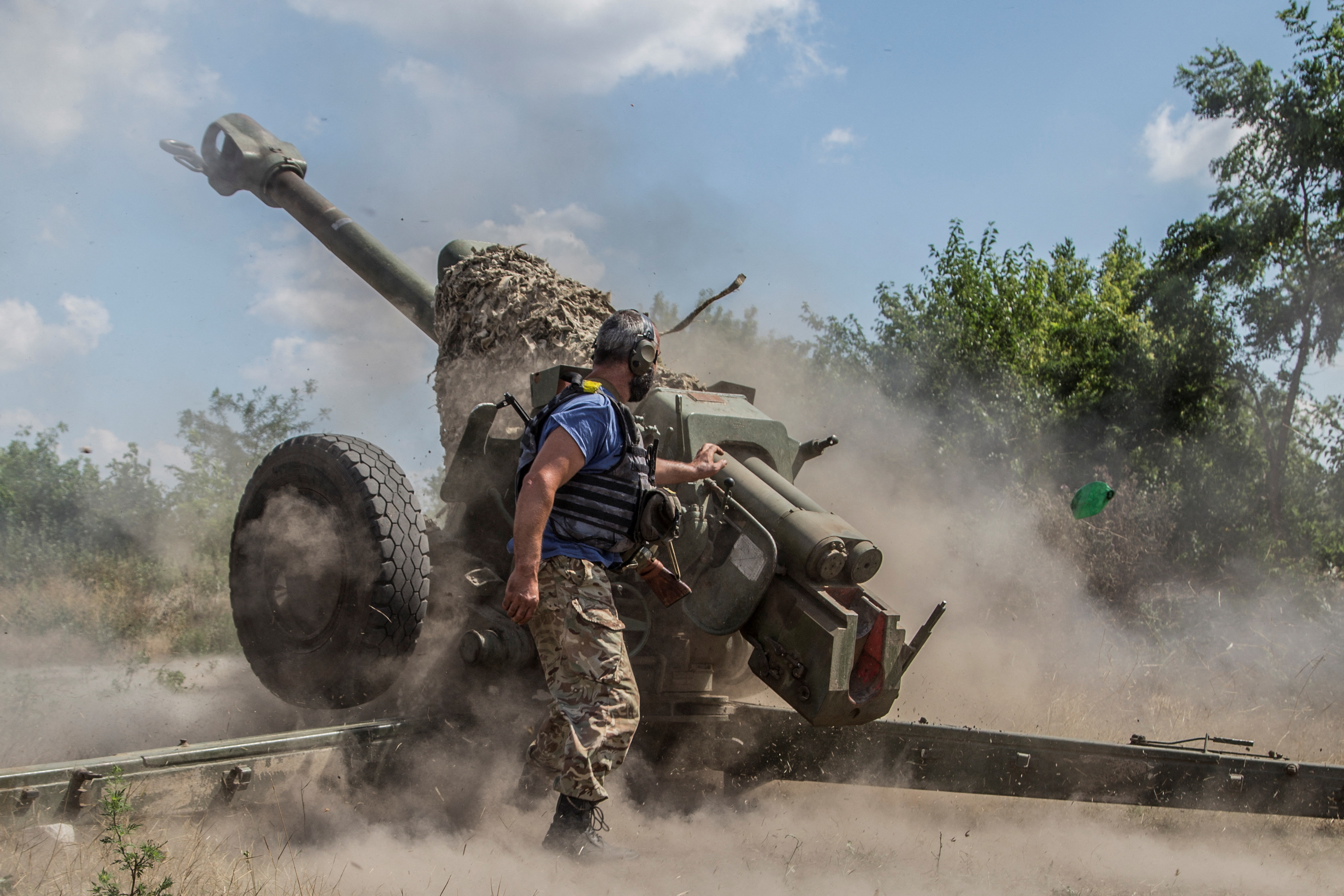 The International Atomic Energy Agency, which is seeking to inspect the plant, has warned of a nuclear disaster unless fighting stops. Nuclear experts fear fighting might damage the plant’s spent fuel pools or the reactors.

United Nations chief Antonio Guterres has called for the establishment of a demilitarised zone around the Zaporizhzhia facility, which is still being run by Ukrainian technicians.

Kyiv has said for weeks it is planning a counteroffensive to recapture Zaporizhzhia and neighbouring Kherson provinces, the largest part of the territory Russia seized after its Feb. 24 invasion and still in Russian hands.

Russian and Ukrainian forces earlier fought for control of Chornobyl, the still-radioactive site of the world’s worst nuclear accident, also raising fears of a disaster.

Russia’s priority over the past week has likely been to reorient units to strengthen its campaign in southern Ukraine, British military intelligence said on Sunday.

Russian-backed forces of the self-proclaimed Donetsk People’s Republic in the eastern region of Donbas continued assaults to the north of Donetsk city, the British Defence Ministry said in its daily intelligence bulletin on Twitter.

Particularly heavy fighting has focussed on the village of Pisky, near the Donetsk airport, it said. Ukraine’s military command said on Saturday “fierce fighting” continued in Pisky, an eastern village over which Russia had earlier claimed full control.

By Constantinos Tsintas
Previous articleSalman Rushdie still hospitalized as attack suspect pleads not guilty
Next articleClear skies, near 40s through to Wednesday, with showers on mountains