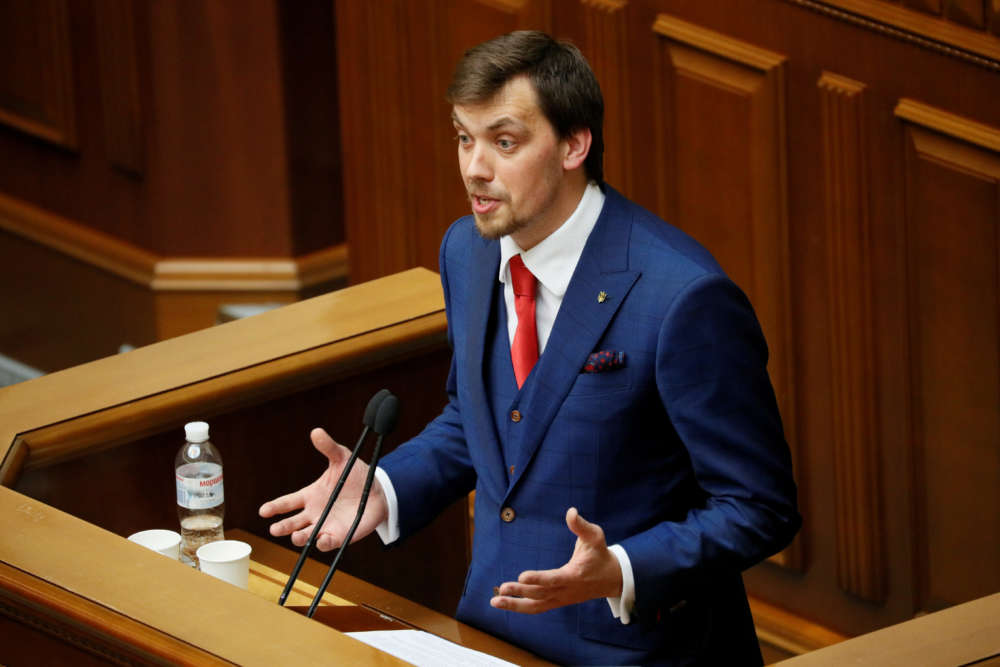 Ukraine’s prime minister Oleksiy Honcharuk submitted his resignation on Friday after an audio recording suggested he had criticised the president, but then appeared to suggest in comments to Reuters that he might stay in his job.

Speculation over Honcharuk’s position has grown this week after a recording of a man discussing Zelenskiy’s purported lack of knowledge of economics was circulated on messaging channels, apparently at a meeting of the prime minister, finance minister and the National Bank of Ukraine (NBU) in December.

Honcharuk said on Friday the recording had been doctored and was made up of different fragments of what had been said at government meetings.

“Its contents artificially create the impression that my team and I do not respect the president, who is our political leader,” Honcharuk said on social media. He did not say whether it was his voice heard in the recording.

Central bank officials and the finance minister have declined to comment on the recording.

Contacted by Reuters shortly after his announcement and asked whether he indeed intended to step down, Honcharuk said: “Do not jump to conclusions.”

Honcharuk, appointed by parliament last August after Zelenskiy’s party won a majority, declined to say whether he was using his resignation letter as a way of testing the president’s confidence in him.

“MODEL OF OPENNESS AND DECENCY”

Honcharuk announced his resignation in a message on Facebook where he also praised Zelenskiy as “a model of openness and decency”.

“However, in order to remove any doubts about our respect and trust in the President, I wrote a letter of resignation and handed it to the President with the right to submit it to Parliament,” he said.

Honcharuk appeared in parliament later on Friday and reaffirmed his respect for the president, adding that Ukraine must remain united in the face of what he called information attacks and manipulations.

He has set out an ambitious reform agenda since coming to office and secured provisional agreement from the IMF for a three-year-loan programme seen as key to maintaining investor confidence and economic stability.

Ukraine’s dollar bonds were slightly softer after the news. The 2032 issue was down 0.3 cents, while the 2027 issue lost 0.2 cents, Tradeweb data showed.

“Seems likely Zelenskiy will reject it,” said Tim Ash of BlueBay Asset Management about the letter of resignation.

“Question is if Zelenskiy accepts it, would any credible reformer opt to sit in Honcharuk’s place when the said govt session with the NBU was leaked, and Honcharuk was only being honest,” he wrote on Twitter.

Honcharuk’s government managed to secure a $5.5 billion IMF loan programme in December but this is still subject to Ukraine’s performance on reforms and tackling vested interests.

“(The resignation offer) will not affect them,” Honcharuk said in his comments to Reuters on Friday, replying to a question about his government’s reforms and the IMF programme.

Before entering politics, Honcharuk led a non-governmental organization focused on economic reform and worked as an adviser to the Ecology Ministry.