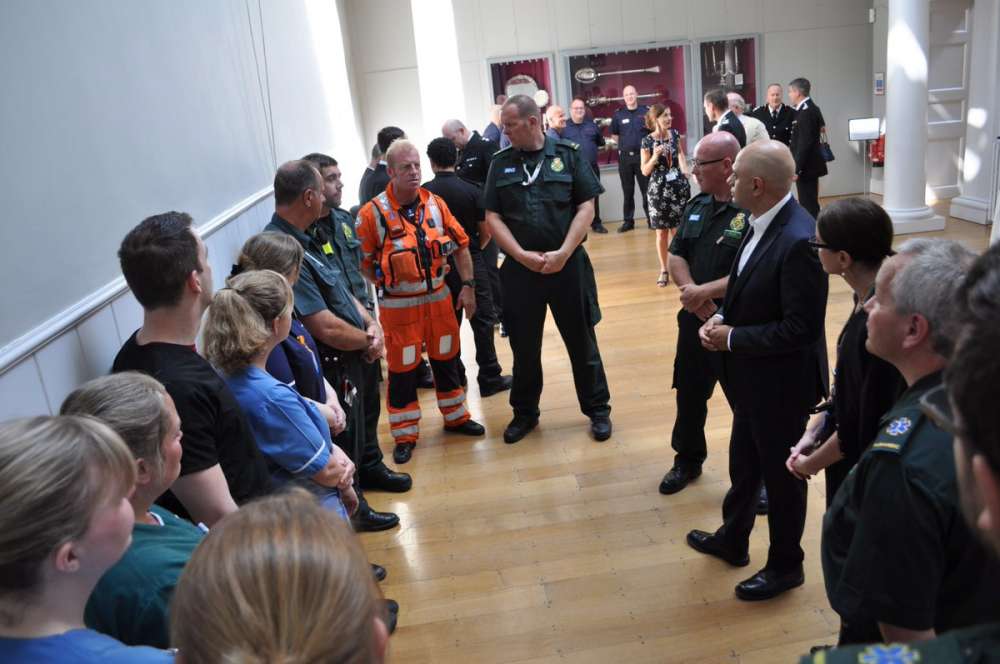 A British woman died on Sunday after she was poisoned by the same nerve agent that struck a former Russian spy in March and triggered a crisis in relations between Western capitals and Moscow.

Dawn Sturgess, 44, died after she was exposed to Novichok on June 30 in western England, just a few miles from where Russian double agent Sergei Skripal and his daughter were attacked with the same poison four months ago.

The death of Sturgess was being investigated as a murder, police said in a statement.

Prime Minister Theresa May said she was appalled and shocked by the death.

Police said they were investigating how Sturgess and a 45-year-old man, named by media as Charlie Rowley, came across an item contaminated with Novichok, which was developed by the Soviet military during the Cold War.

The March attack on the Skripals prompted the biggest Western expulsion of Russian diplomats since the Cold War as allies sided with Britain’s view that Moscow was either responsible or had lost control of the nerve agent.

After Sturgess’ death on Sunday, Britain’s interior minister, Sajid Javid, said the “desperately sad news only strengthens our resolve to find out exactly what has happened.”

The head of UK Counter Terrorism policing, Assistant Commissioner Neil Basu, said Sturgess, a mother of three, died as the result of “an outrageous, reckless and barbaric act.”

The poisoning in March of the Skripals with Novichok was the first known offensive use of such a chemical weapon on European soil since World War Two.

Russia, which is currently hosting the soccer World Cup, has denied any involvement in the Skripal case and suggested the British security services had carried out the attack to stoke anti-Moscow hysteria.

The two Britons were taken ill on June 30 in Amesbury, a town in southwest England, 11 km (7 miles) from Salisbury, where Skripal and his daughter Yulia were attacked.

The Britons were initially thought to have taken an overdose of heroin or crack cocaine.

But tests by the Porton Down military research centre showed they had been exposed toNovichok. Britain has notified the global chemical weapons watchdog, the Organisation for the Prohibition of Chemical Weapons (OPCW).

Further tests of samples from Sturgess and the man showed they were exposed to the nerve agent after touching a contaminated item with their hands, police said on Sunday.

Javid said earlier on Sunday that police had a working hypothesis that the two poisoning incidents were connected. He also said there were no plans at this stage for further sanctions against Russia.

Yulia Skripal, Sergei’s daughter, was in a coma for 20 days after she was attacked and was eventually discharged about five weeks after the poisoning. Her father was discharged on May 18.

The hospital’s medical director, Christine Blanshard, told the BBC that hospital staff worked tirelessly to save Sturgess. “They did everything they could,” she said.

Alastair Hay, a professor of environmental toxicology at Leeds University, said the hospital probably now had more experience than anywhere else in the world with Novichok cases, but there were limits to what doctors could do.

“Because the nerve agents compromise nerve and muscle function, their effects are widespread and where deaths occur these are usually due to either respiratory or circulatory failure, or both,” he said.

Britain’s public health authority acknowledged on Friday the concerns of people living in the area after the two incidents involving Novichok, but said it was confident that the risk to the public remained low.

The investigation into the nerve agent attacks is being led by Britain’s Counter Terrorism Policing Network, and the police said around 100 detectives were working round the clock alongside colleagues from Wiltshire police.

There was no evidence that the two Britons had visited any of the sites that were decontaminated following the attempted killings of Sergei and Yulia Skripal, police said on Sunday.

“We are not in a position to say whether the nerve agent was from the same batch that the Skripals were exposed to,” they said.

By In Cyprus
Previous article
Road opens for fast track foreclosures
Next article
Fin Min: Up to president whether he stays or goes