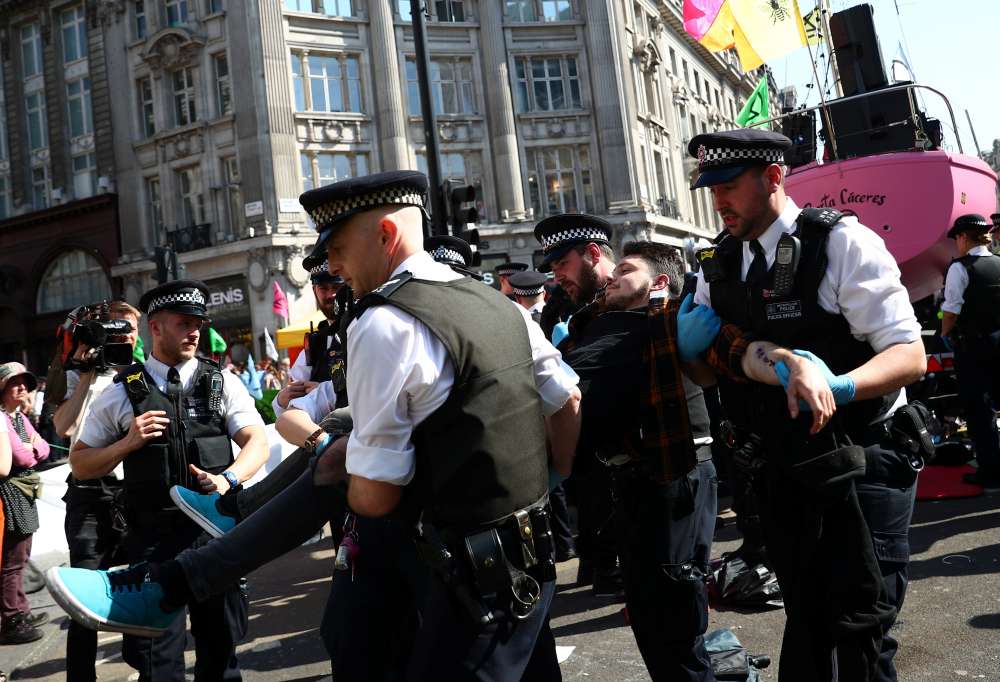 More than 700 climate change activists blocking roads at some of London’s most famous landmarks have been arrested over the last six days, police said on Saturday, up from a total given on Friday of more than 682.

The protests, organised by climate group Extinction Rebellion, have for several days disrupted travel through parts of central London, including at Oxford Circus, Marble Arch and Waterloo Bridge.

Extinction Rebellion has called for non-violent civil disobedience to force the British government to reduce net greenhouse gas emissions to zero by 2025 and stop what it calls a global climate crisis.

The police reiterated that protests were only allowed to continue at Marble Arch, but have not said if or how they will clear the hundreds of demonstrators from other locations.

On Friday star Emma Thompson joined activists at Oxford Circus, at the heart of one of the capital’s most popular shopping districts, to read poetry praising Earth’s bounties.