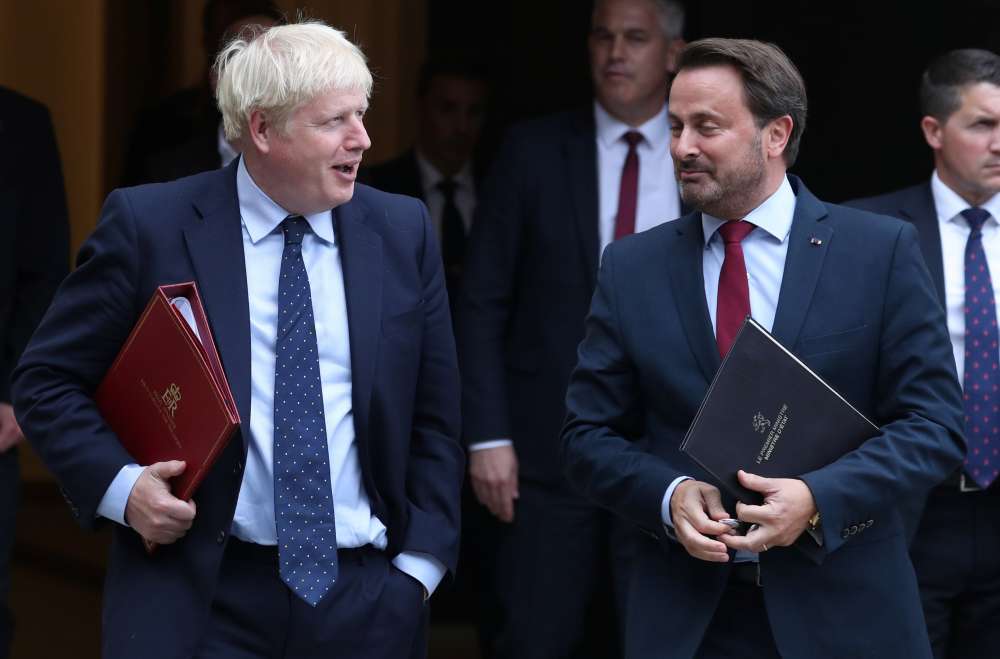 British Prime Minister Boris Johnson was booed on Monday by protesters after talks with his counterpart in Luxembourg, putting off a briefing with reporters due to the protests.

“Shame on you” protesters screamed at Johnson as he left talks with Luxembourg’s prime minister, Xavier Bettel. Bettel spoke to reporters beside an empty podium intended for Johnson.