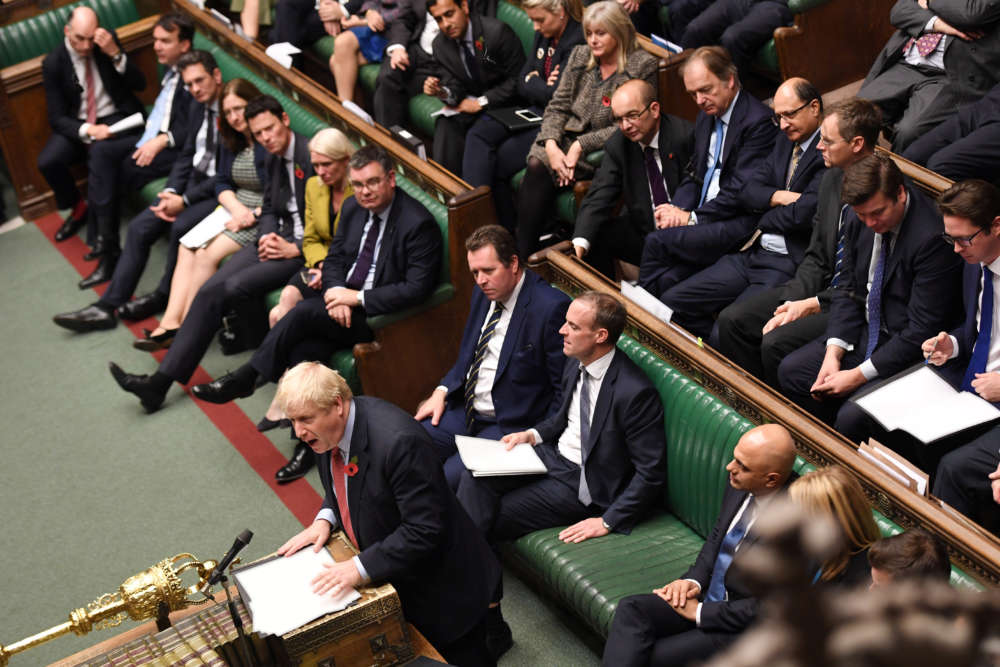 Britain’s Conservative lawmakers have been told they do not have to try to block an opposition bid to force the government to release documents on COVID-19 contracts awarded to a firm with links to a Conservative member of parliament’s upper house.

The lawmakers said their party had given them the green light to abstain in any parliamentary vote on the opposition Labour Party motion which seeks to force the publication of documents relating to 200 million pounds ($244 million) of personal protective equipment contracts given to PPE MedPro.

Opposition politicians have accused the government of running a “chumocracy”, awarding deals to those with family or business links to people in power, including for what turned out to be unusable PPE in some cases.

According to local media, Michelle Mone, who sits as a Conservative in parliament’s upper chamber, the House of Lords, had brought the company to the attention of ministers at the beginning of the pandemic.

She has since been accused of profiting personally from the business, charges her lawyers have previously denied. She did not immediately respond to a request for comment on Tuesday.

Earlier on Tuesday, PA Media reported that Mone was taking a leave of absence from the House of Lords.

A spokesperson for Prime Minister Rishi Sunak said: “I’m limited in what I can say about the specific case given there is a mediation process with regards to MedPro.” He declined to comment further.

One Conservative lawmaker, speaking on condition of anonymity, said the Labour motion failed to demand a deadline for the release of any documents relating to the matter, meaning the government might not need to hand them over immediately.

The government has repeatedly defended its actions to award contracts quickly at the start of the COVID-19 pandemic in 2020, saying there was a global race for PPE and Britain had to be competitive to make sure its needs were met.

But since then, there has been criticism over the way the contracts were awarded.

A report by the Public Accounts Committee earlier this year said the government had spent more than 12 billion pounds on protective equipment in 2020–21, 4 billion of which did not meet the standards needed by the National Health Service and so was not used.