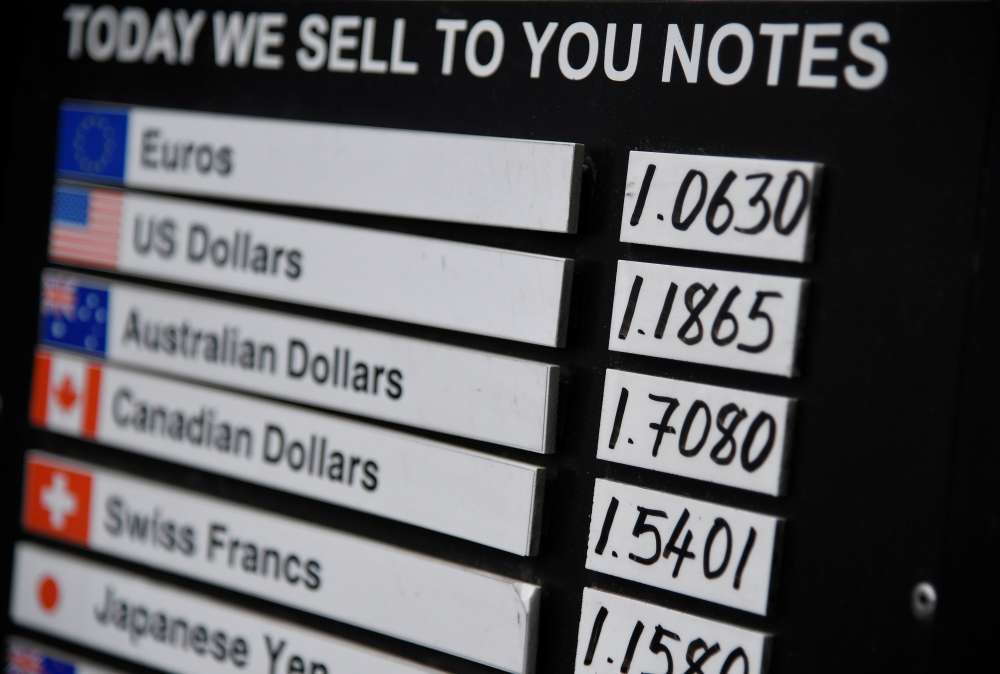 For millions of people in Britain, the timing of sterling’s latest pre-Brexit fall could not have been worse, coming just as they prepare to head abroad on their summer holidays.

Clients at a money exchange shop in London’s Canary Wharf financial district said they were feeling the hit after the pound this week sank close to a decade-low against the euro and not far off its lowest level in 34 years against the dollar.

“I’m disappointed rather than surprised,” Gary Lacey, a 54 year-old bank cashier, said after settling for an exchange rate of less than 1.07 euros to the pound before he began a four-day trip to Austria.

He recalled the much stronger euro-sterling rates of the early 2000s, before the pound was pummelled by the global financial crisis and then by Brexit.

Britain’s holiday-makers are feeling the most immediate hit of the recent fall in the value of the pound which has lost about 7% of its value against the euro since mid-May.

That was when the Brexit crisis gripping British politics began to push Theresa May towards her resignation as prime minister in July.

Her successor Boris Johnson has taken a tougher line with Brussels, spooking investors by promising to take Britain out of the European Union on Oct. 31 without a deal to soften the economic shock, unless the EU rewrites May’s exit deal.

“With all the uncertainty over Brexit, I can’t see the pound’s weakness going away any time soon,” Lacey said.

For some in Britain, the fact that the pound has traditionally bought more than one unit of other currencies around the world, with the exception of some oil states, has been a source of pride.

Now analysts are working out the likelihood of the pound falling to parity against the euro and dollar.

Sterling’s current three-month slide has not been as dramatic as its 10% plunge against the dollar and 6% euro drop in the space of a few hours on the night of the Brexit vote.

But unless there is a quick reversal in foreign exchange markets, it will push up inflation soon, hitting the spending power of the consumers who have helped the economy through the Brexit crisis.

THE POUND AND POLITICS

What is less clear is whether the fall will hamper Johnson and his ability to take Brussels to the wire over Brexit.

The careers of at least two former prime ministers were fatally wounded by big drops in the value of the pound as Britain struggled to come to terms with the decline of its once world-leading economy after World War Two.

Harold Wilson was lampooned by cartoonists and comedians in 1967 when he told voters that the “pound here in Britain, in your pocket” would not change value after a devaluation.

Twenty-five years later, John Major was humiliated after his government was outwitted by investors, chief among them George Soros, who forced the pound out of the Exchange Rate Mechanism.

To date, the most recent fall in sterling is not likely to be severe enough to cause the kind of upswell in public opposition that would force Johnson into a U-turn with Brussels.

“What would make a big difference is if the pound is worth less than the euro,” Natacha Postel-Vinay, an assistant professor who teaches financial history at the London School of Economics, said.

“That would carry a lot of symbolic meaning for people.”

While more extreme than all forecasts in a Reuters poll of foreign exchange analysts, published nearly a month ago, sterling-euro parity does not look completely beyond the realms of possibility in the event of a no-deal Brexit.

This week, Capital Economics, a consultancy, said the pound would fall to 1.05 euros, down from about 1.10 now, if investors fully priced in a no-deal Brexit, but there were risks that it could fall more.

By contrast, if a no-deal Brexit is avoided, sterling would bounce back to between 1.13 and 1.17 euros, Andrew Wishart, an economist with Capital Economics, said.

Not everyone thinks a fall in sterling is a bad outcome from leaving the EU.

Brexit supporters have long said it will help Britain’s exporters and rebalance Britain’s economy with its large current account deficit which leaves the country reliant on investment flows from abroad.

But there has been scant evidence of a trade boom since the pound plunged after the Brexit vote in 2016.

Furthermore, the fall in the value of the pound is widely seen as a sign of Britain’s diminished attractiveness as an investment destination, which could aggravate its balance of payments problem.

What’s more clear is that inflation will probably rise soon as the cost of imports goes up, putting the squeeze back on household incomes.

In July, supermarket chain Tesco increased prices on around 1,000 products, citing cost pressures which included the fall in the value of the pound.

The Bank of England has said it cannot guarantee that it would cut interest rates at help the economy after a no-deal Brexit because of inflationary impact of weaker sterling.

The National Institute for Economic and Social Research estimates that if there is a no-deal Brexit, inflation would double to 4% by the end of 2020, when the economy is likely to be stagnating or worse.

“We will have to pay more for foreign goods and foreign services, such as and holidays which we spend quite a lot of money on. Ultimately, it would mean we are worse off.”