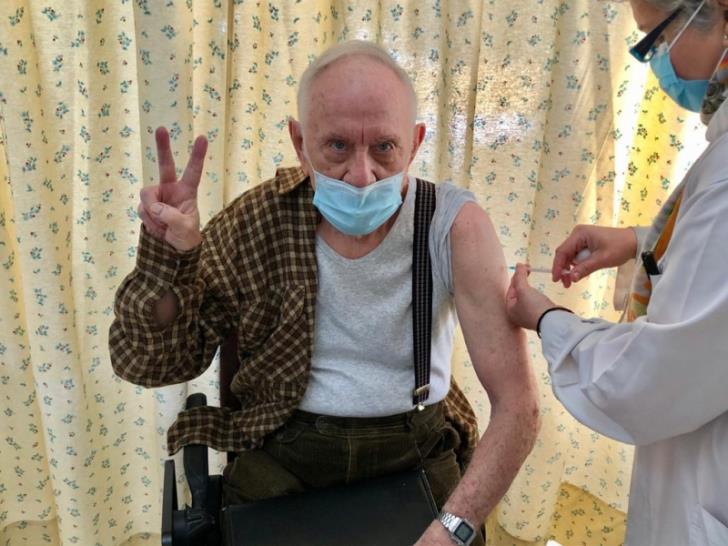 Some 98 percent of 80 to 96 year-olds who had two doses of Pfizer’s coronavirus vaccine had a strong antibody immune response, adding to evidence that it can help protect those most at risk of severe or fatal COVID-19, UK data showed on Thursday (April 1).

A real-world study of 100 elderly people in Britain also found that participants who had previously been infected with the SARS-CoV-2 virus had a peak antibody response after just one dose of the Pfizer vaccine, and this response remained high after their second dose.

Paul Moss and Helen Parry, respectively a professor and a clinical lecturer at Birmingham University who co-led the study, said the high levels of antibodies detected were very reassuring, particularly since the antibody response was strong right up to the oldest participants at age 96.

“We were surprised, and very pleased,” Moss told reporters at a briefing about the findings. “But, of course, this does go with the excellent clinical protection that we’re seeing with the vaccine – so it does correlate.”

Pfizer and its co-developer BioNTech said earlier on Thursday that updated clinical trial data showed their vaccine is around 91 percent effective at preventing COVID-19 cases.

Moss’s and Parry’s UK study involved 100 people aged 80-96 who were living independently and not in care homes, and who received two doses of the Pfizer COVID-19 vaccine three weeks apart. They were immunised before a UK policy change to extend the gap between COVID-19 vaccine doses to up to 12 weeks.

Immune measurements were taken two weeks after the second dose, the researchers said. The results have not been peer-reviewed by other scientists.

In laboratory tests, the researchers found the SARS-CoV-2 virus was strongly neutralized in serum from blood samples taken from participants.

When tested against a mutated version of the virus called P.1 that was first discovered in Brazil, the levels of neutralization reduced 14-fold, Parry said, but still showed the shot “retains broad efficacy” against this variant.

By gavriella
Previous articleUK needs to do more to tackle racism, PM Johnson says
Next articleWhere to get a rapid test on Friday, 2 April