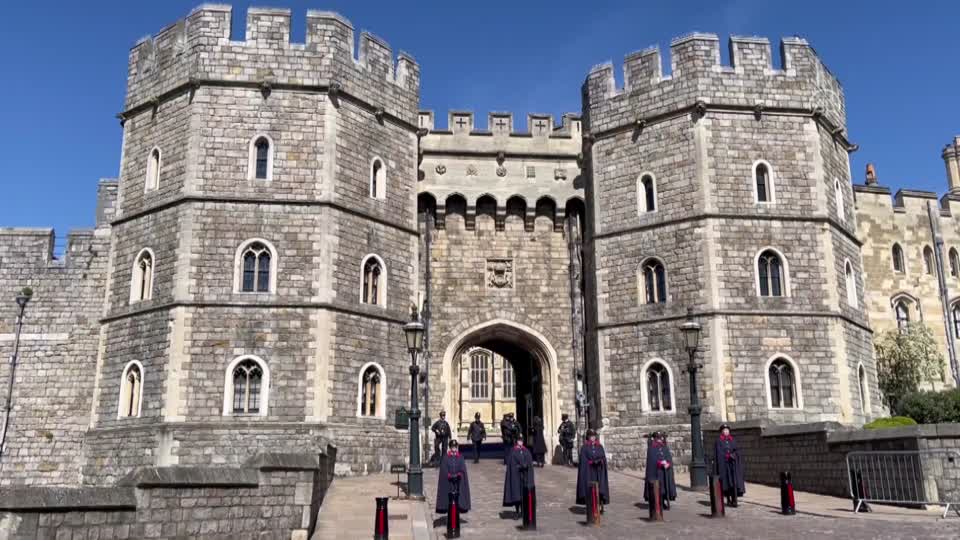 Britain is set to hold on Saturday (Apr. 17) the funeral of Prince Philip, husband of Queen Elizabeth II and the Duke of Edinburgh, who died on April 9.

The Duke of Edinburgh’s funeral will be a “Ceremonial Royal Funeral” but not a state funeral as that is generally reserved for monarchs.

The funeral, which is to be attended by only 30 family members because of the UK government’s COVID-19 restrictions, will take place at St George’s Chapel in

Buckingham Palace released the list of those who will be attending the royal funeral alongside the queen, which included the deceased prince’s four children, two grandchildren and other family members.

The funeral will be held at 3 pm (1400 GMT) after a short procession, which will bring the coffin to the chapel.

The coffin will be covered with his personal standard – a personal flag – and surmounted with his sword, naval cap and a wreath of flowers.

Minute guns will be fired by The King’s Troop Royal Horse Artillery from the East Lawn of Windsor Castle for the duration of the procession, according to the funeral

plan announced by the palace.

At 3 pm, a national minute of silence will be observed before the funeral service which is to be conducted by the dean of Windsor.

The service will end as the Duke of Edinburgh’s coffin is be lowered into the Royal Vault in the chapel, where he will be laid to rest.

The queen will be seen in public for the first time since her husband died.

Prince Philip was 99 when he died a short while after he left the hospital.

He was married to the queen for the past 73 years.

On the Greek island of Corfu in 1921, Philip was born as Prince Philip of Greece and Denmark.

At 18 years old, he joined the British Royal Navy as a cadet.

Two years after the war, in 1947, Prince Philip renounced his Greek and Danish royal titles and gave up his career in the Royal Navy in order to marry then-Princess Elizabeth.

Ahead of the marriage, he took up the surname Mountbatten and became a

The marriage was a significant occasion for many reasons, not least that it was the first major – and positive – state occasion after the devastation and brutality of the Second World War.

With the queen, Prince Philip had four children: Charles, Anne, Andrew, and Edward.

Known publicly for his gruff manner, Prince Philip was nevertheless a loved and respected father, grandfather, and great-grandfather.

The queen described him as her “constant strength and stay.”

Since the 1940s, Prince Philip has been a key feature of British public life and will be remembered for his service to both queen and country.

By gavriella
Previous articleCyprus Vaccination Plan pace accelerates; schedule until 24 April
Next articleWhere to get a rapid test on Sunday 18 April