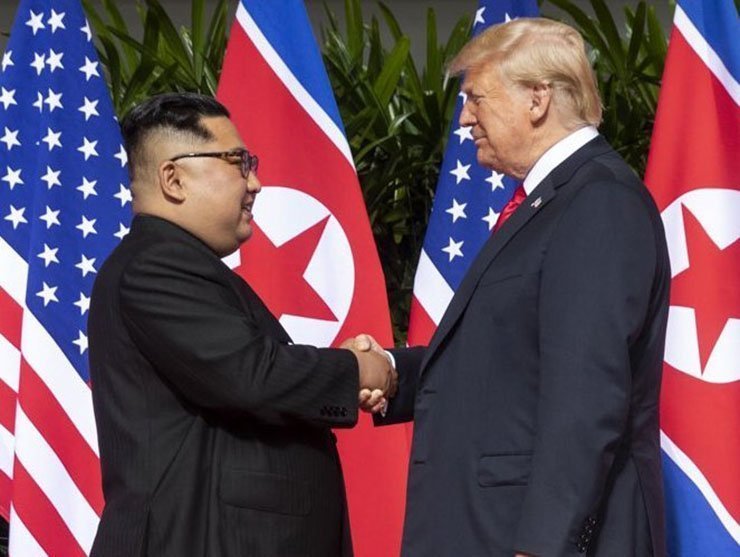 The United States said it was ready to resume talks with North Korea after Pyongyang pledged on Wednesday to dismantle its key missile facilities and suggested it would close its main Yongbyon nuclear complex if Washington took unspecified actions.

U.S. Secretary of State Mike Pompeo said he had invited North Korea’s foreign minister to meet in New York next week, with the aim of completing its denuclearization by January 2021, after a Pyongyang summit between the leaders of the two Koreas.

The United States appeared eager to seize on commitments by North Korean leader Kim Jong Un at his talks with South Korean President Moon Jae-in even as critics said the steps did little to put Pyongyang on a course for irreversible denuclearization.

North Korea will allow experts from “concerned countries” to watch the closure of its missile engine testing site and launch pad at Tongchang-ri, Moon said at a joint news conference with Kim after their meeting in the North Korean capital.

The sudden revival of diplomacy followed weeks of doubts in U.S. President Donald Trump’s administration’s about whether North Korea was willing to negotiate in good faith after a June summit between Trump and Kim yielded few tangible results.

The January 2021 completion date was the most specific deadline set in what is expected to be a long process of trying to get the North to end its nuclear program, which may threaten U.S. allies South Korea and Japan as well as the U.S. homeland.

In addition to inviting North Korean Foreign Minister Ri Yong Ho to meet when both are in New York next week for the annual U.N. General Assembly gathering of world leaders, Pompeo said Washington invited Pyongyang’s representatives to meet the U.S. special representative for North Korea, Stephen Biegun, in Vienna at the “earliest opportunity.”

China, North Korea’s most important economic backer and diplomatic ally, said it warmly welcomed the agreement reached in Pyongyang and strongly supported it.

“We absolutely cannot let this hard to come by opportunity for peace slip away once again,” the Chinese government’s top diplomat, State Councillor Wang Yi, said in a statement.