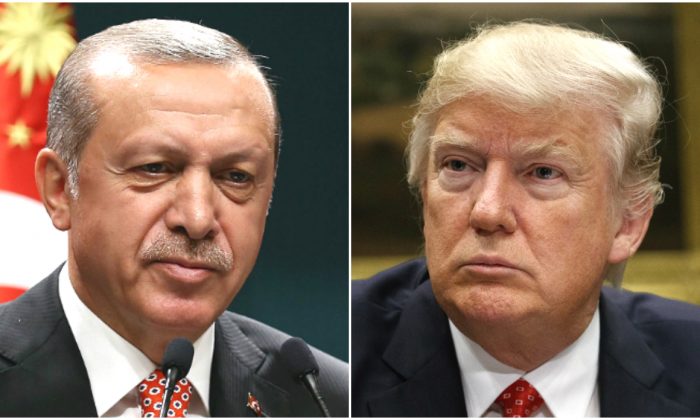 U.S. lawmakers introduced more legislation on Friday seeking to slap stiff sanctions on Turkey over its offensive against Kurdish fighters in Syria, underscoring unhappiness from both Democrats and President Donald Trump’s fellow Republicans in Congress over his Syria policy.

Representatives Eliot Engel, the Democratic chairman of the U.S. House of Representatives Foreign Affairs Committee, and Mike McCaul, the committee’s ranking Republican, introduced a bill that would sanction Turkish officials involved in the Syria operation and banks involved with Turkey’s defense sector until Turkey ends military operations in Syria.

It also would stop arms from going to Turkish forces in Syria, and require the administration to impose existing sanctions on Turkey for its purchase of a Russian S-400 missile-defense system.

On Sunday, Trump abruptly shifted policy and said he was withdrawing U.S. forces from northeastern Syria, clearing the way for Turkey to launch an assault across the border.

Earlier, Engel and McCaul had introduced a resolution expressing strong support for Kurdish forces in Syria and recognizing their contribution to the fight against Islamic State. It also called on Turkey to immediately stop military action in northeast Syria and called on the United States to stand with Syrian Kurdish communities affected by violence.

The legislations’ practical impact was not immediately clear – to become law the sanctions bill would have to pass the House and Senate and be signed into law by Trump, or garner enough votes to override a Trump veto, and the resolution is non-binding. But they add to a flood of condemnation on Capitol Hill of Trump’s shift in policy.

One of the Republican party’s leading voices on foreign affairs, Senator Lindsey Graham, has announced a bipartisan sanctions bill similar to that of Engel and McCaul.

He criticized the Trump administration on Friday, after Treasury Secretary Steve Mnuchin announced that sanctions would not yet be imposed on Ankara.

“We are witnessing ethnic cleansing in Syria by Turkey, the destruction of a reliable ally in the Kurds, and the reemergence of ISIS (Islamic State),” Graham said in a statement calling on the administration “to up their game.”