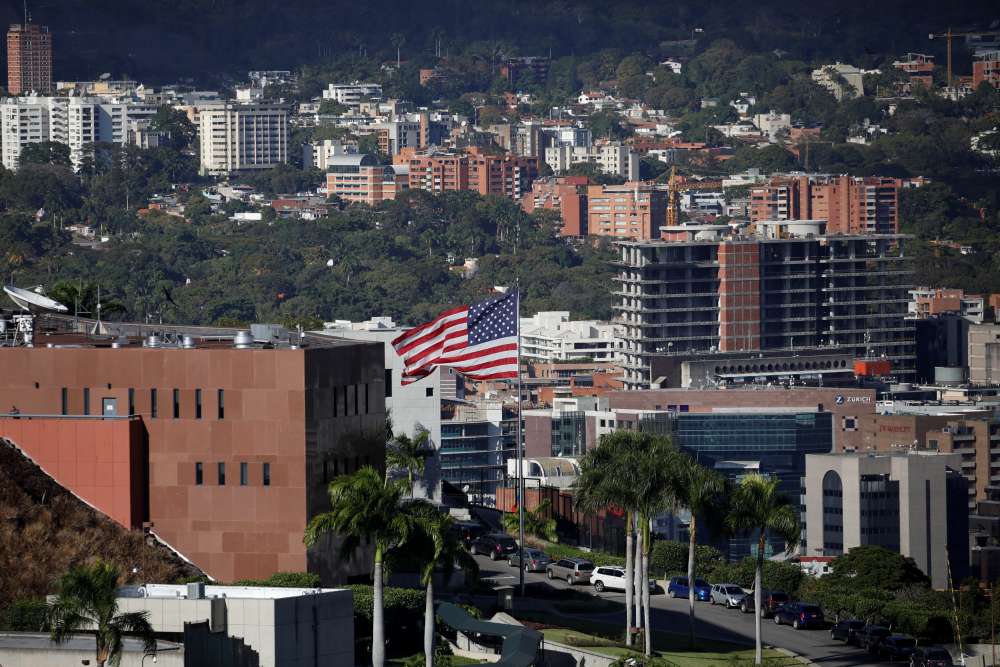 Some U.S. diplomats left the embassy in Caracas for the airport on Friday in a convoy escorted by police, according to a Reuters witness, after Venezuelan President Nicolas Maduro broke off relations with Washington and ordered American personnel out.

The United States has rejected Maduro, a socialist in power since 2013, as the oil-rich nation’s legitimate head of state and has thrown its support behind opposition leader Juan Guaido, the head of Venezuela’s National Assembly.

Guaido, who has galvanized the country’s opposition, proclaimed himself interim president on Wednesday. But he still has no control over the state’s functions, which remain loyal to Maduro despite a deep economic and political crisis.

The State Department has ordered some U.S. government workers to leave Venezuela and said U.S. citizens should consider leaving the South American country.

It did not immediately respond to a request for comment on the movement of embassy personnel on Friday.

A Reuters witness at around 8:30 a.m. local time (1230 GMT) saw a convoy of sport utility vehicles accompanied by police motorcycles and vehicles with flashing lights drive onto a Caracas highway in the direction of the airport. Other police blocked regular traffic.

Another video circulating on social media showed the same caravan leaving the embassy, a fortified compound overlooking the city center.

Maduro, in a fiery speech on Wednesday, said he was cutting off diplomatic relations with the United States for instigating a “coup” against him, though U.S. President Donald Trump’s administration then said its relations would be with Guaido.

To ratchet up pressure on Maduro, who began a second term on Jan. 10 following an election last year widely considered to be a fraud, the United States is seeking to cut off funds for his government, U.S. officials said on Thursday.

Both Guaido, who has not appeared in public since mass anti-government protests on Wednesday, and Maduro are scheduled to hold press conferences on Friday.

In an interview with broadcaster Univision on Thursday, Guaido described the recent events as “the beginning of the end” for Maduro, who has presided over Venezuela’s worst ever economic crisis. Guaido said he would work to guarantee humanitarian aid and take new measures to pressure Maduro.

“Our challenge is to secure free elections, and we want them as soon as possible. But we are living in a dictatorship,” he said, from an undisclosed location.