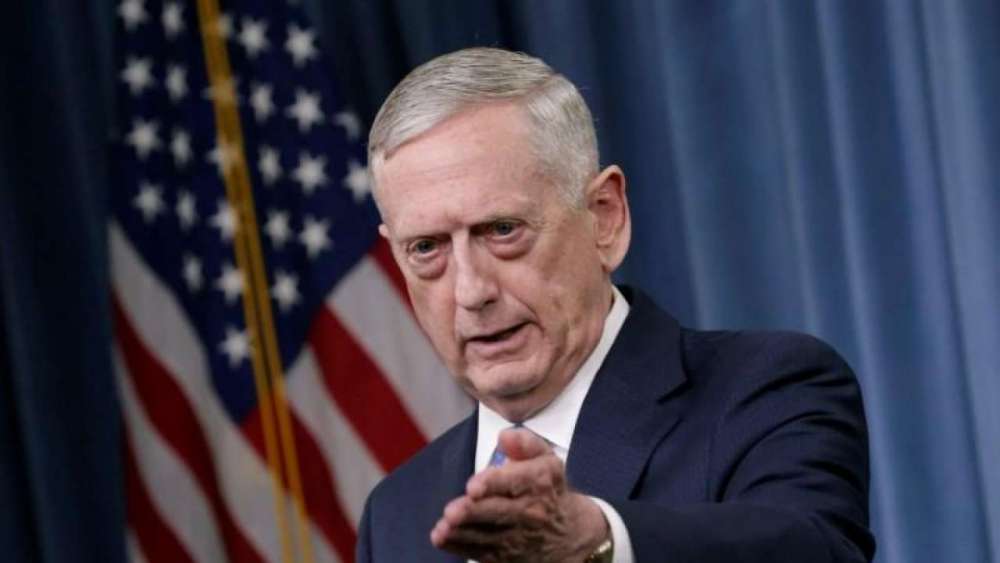 U.S. Defense Secretary Jim Mattis said on Saturday that incidents like the killing of a Saudi journalist undermined Middle Eastern stability and that the United States would take additional measures against those responsible.

The killing of Jamal Khashoggi, a Saudi national and Washington Post columnist, has sparked outrage among Riyadh’s Western allies and mushroomed into a crisis for Saudi Arabia, the world’s top oil exporter and strategic ally of the West.

Saudi Arabia is the lynchpin of a U.S.-backed regional bloc against the growing Iranian influence in the Middle East but the Khashoggi crisis has strained Riyadh’s relations with the West.

U.S. President Donald Trump has said he wants to get to the bottom of the case, while also highlighting Riyadh’s role as an ally against Iran and Islamist militants, as well as a major purchaser of U.S. arms.

“With our collective interests in peace and unwavering respect for human rights in mind, the murder of Jamal Khashoggi in a diplomatic facility must concern us all,” Mattis said in prepared remarks which he will give at the annual Manama Dialogue security conference in Bahrain.

“Failure of any nation to adhere to international norms and the rule of law undermines regional stability at a time when it is needed most,” Mattis said. He did not mention de facto Saudi ruler Crown Prince Mohammed bin Salman by name in his prepared remarks.

Saudi Arabia’s public prosecutor said Khashoggi’s killing was premeditated, contradicting a previous official statement that it happened accidentally during a tussle in the Saudi consulate in Istanbul.

Saudi officials have also said he was accidentally killed in a botched security operation to return him to the kingdom.

In his remarks, Mattis went through a long list of what he described as disruptive Iranian behavior – a message most Gulf allies will view positively since they share similar concerns about Iran’s increasing influence in Syria and Iraq.

While these were some of the sharpest comments Mattis has made on the Khashoggi killing, he said the incident would not diminish ties with Saudi Arabia.

“It’s hard to imagine that this administration in particular is going to change fundamentally how it views the role of the Saudis in terms of counterterrorism, in terms of counter Iran,” said Dennis Ross, who served as top Middle East adviser to President Barack Obama in his first term.

Secretary of State Mike Pompeo this week announced moves against 21 Saudis to either revoke their visas or make them ineligible for U.S. visas after the Khashoggi killing.

“Our Secretary of State has already revoked visas and will be taking additional measures,” Mattis said.

Mattis warned that Russia’s presence in the Middle East — where it is a major ally of Syrian President Bashar al-Assad — could not be a replacement for the United States.

He said that it was important to end a 16-month-old dispute between Qatar and four Arab states that analysts say has weakened regional coordination against Iran.

Saudi Arabia, the Emirates, Bahrain and Egypt cut off travel and trade ties with Qatar in June 2017, accusing it of backing their archrival, Iran, and supporting terrorism. Qatar denies the charges.

“The solving of internal debates among our GCC partners is vital for realizing this vision. Without it, we weaken our security,” he said, referring to the Gulf Cooperation Council nations.