U.S. curbs on Russian banks would be act of economic war – PM 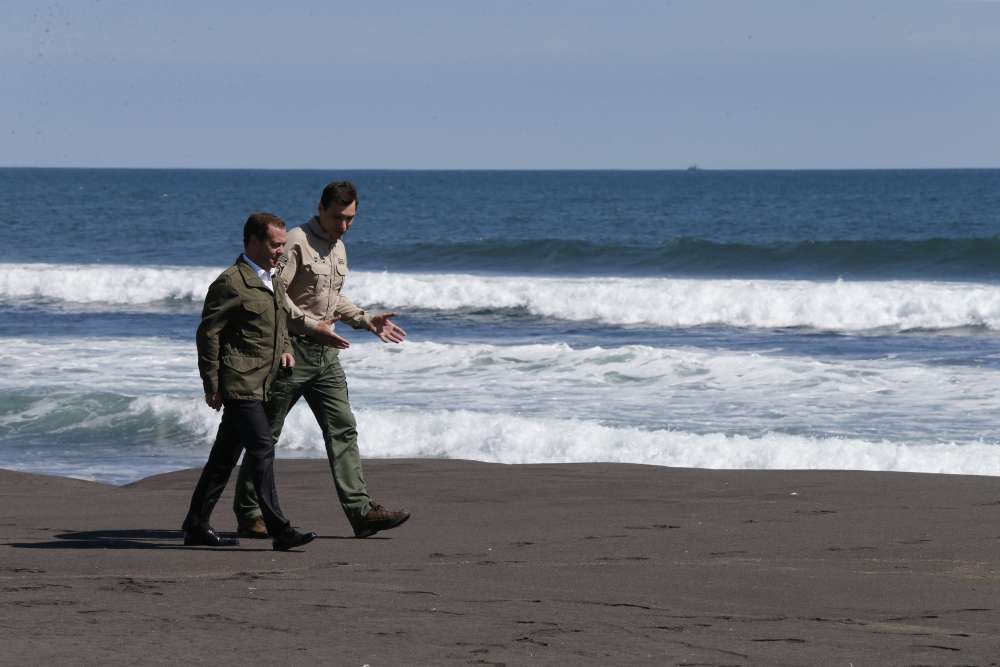 Russia would consider any U.S. move to curb the operations of Russian banks or their foreign currency dealings a declaration of economic war, Prime Minister Dmitry Medvedev said on Friday.

The United States announced a new round of sanctions on Wednesday targeting Russia that pushed the rouble to two-year lows and sparked a wider sell-off over fears Russia was locked in a spiral of never-ending sanctions.

Separate legislation introduced last week in draft form by Republican and Democratic senators proposes curbs on the operations of several state-owned Russian banks in the United States and restrictions on their use of the dollar.

Medvedev said Moscow would take economic, political or other retaliatory measures against the United States if Washington targeted Russian banks.

“I would not like to comment on talks about future sanctions, but I can say one thing: If some ban on banks’ operations or on their use of one or another currency follows, it would be possible to clearly call it a declaration of economic war,” said Medvedev.

“And it would be necessary, it would be needed to react to this war economically, politically, or, if needed, by other means. And our American friends need to understand this,” he said, speaking on a trip to the Russian Far East.

The fate of the bill he was referring to is not certain.

The full U.S. Congress will not be back in Washington until September, and even then, congressional aides said they did not expect the measure would pass in its entirety.

While it was difficult to assess so far in advance, they said it was more likely that only some of its provisions would be included as amendments in another piece of legislation, such as a spending bill Congress must pass before Sept. 30 to prevent a government shutdown.