U.S. cold wave lingers, but should lose some of its bite by weekend 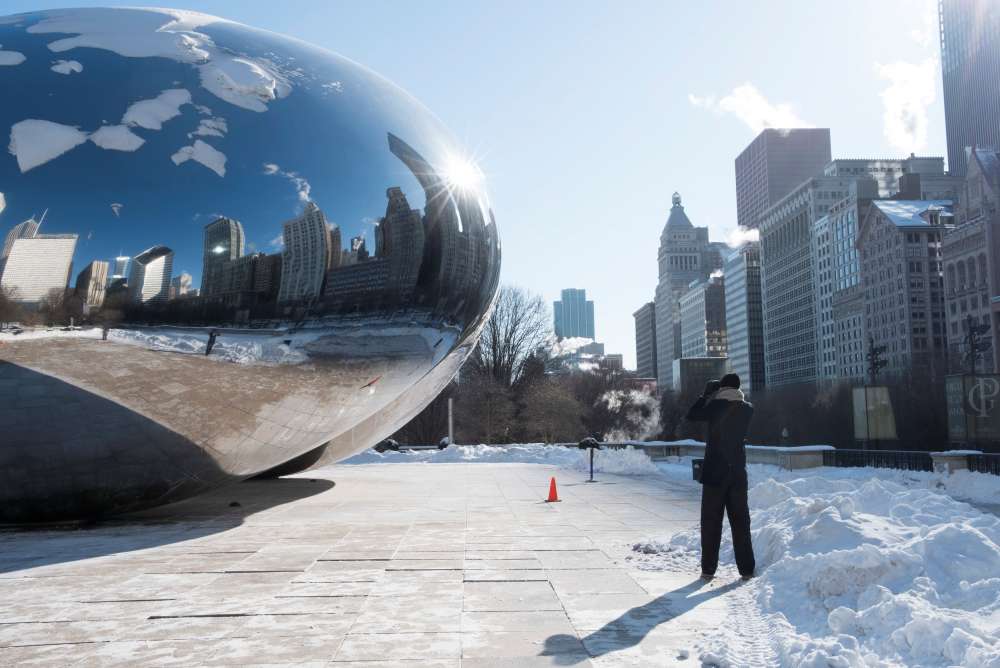 The blast of arctic cold that hit the U.S. Midwest this week will linger on Thursday, but it’s pushing east and losing much of its bite.

The cold has caused at least a dozen deaths since Saturday across the Midwest, according to official and media reports. Some died in weather-related traffic accidents, others from apparent exposure to the elements.

Videos this week showed boiling water freezing as it was tossed in the air in Cedar Rapids, Iowa, and transit workers in Chicago, Illinois, setting fire to train tracks to keep them from locking up.

But by this weekend, Chicago, which had near-record cold of 23 degrees below zero Fahrenheit on Wednesday, will bask in snow-melting highs in the mid 40s to low 50s Fahrenheit. So will other parts of the Midwest.

“It’s going to be at least a 60-degree swing for Chicago, from minus 20s to upper 40s by Sunday,” said David Hamrick, a forecaster with the National Weather Service’s Weather Prediction Centre in College Park Maryland.

But some of the lowest temperatures in a generation could still arrive in parts of the Midwest and Ohio Valley on Thursday, forecasters warned.

“It’s going to be minus 30 in parts of North Dakota today,” Hamrick said. “Minus 20 in Minnesota and upper Michigan.”

The cold air had already hit Boston, Massachusetts, early Thursday. Temperatures dropped to about 5 degrees Fahrenheit and would struggle to get out of the mid-teens, Hamrick said.

Even parts of the South, such as the mountains of Kentucky, Tennessee and upper Georgia, would be in the single digits, he said.

The weather caused hundreds of traffic accidents, including a chain-reaction collision of about two dozen cars in Grand Rapids, Michigan, during a white-out on Wednesday, local media reported.

More than 2,300 flights were cancelled and more than 3,500 delayed, most of them out of Chicago’s O’Hare International and Midway International airports, according to the flight tracking site FlightAware.com.

General Motors Co said late on Wednesday it would temporarily suspend operations at 11 Michigan plants and its Warren Tech Centre after a utility made an emergency appeal to users to conserve natural gas.

Fiat Chrysler Automobiles NV also said it had cancelled a shift on Thursday at both its Warren Truck and Sterling Heights Assembly plants. It was considering whether to cancel additional shifts.

It has been more than 20 years since a similar arctic blast covered a swath of the Midwest and Northeast, NWS forecaster Brian Hurley said.

“You have to go back to the mid to early ’90s for this,” he said. “Even still, we’re breaking records from then.”

More than 30 record lows were shattered across the Midwest. The lowest was minus 40 degrees in International Falls, Minnesota.

“But we’re not done with the cold yet,” Hurley cautioned early Thursday. “There’s still some kick left in this.”