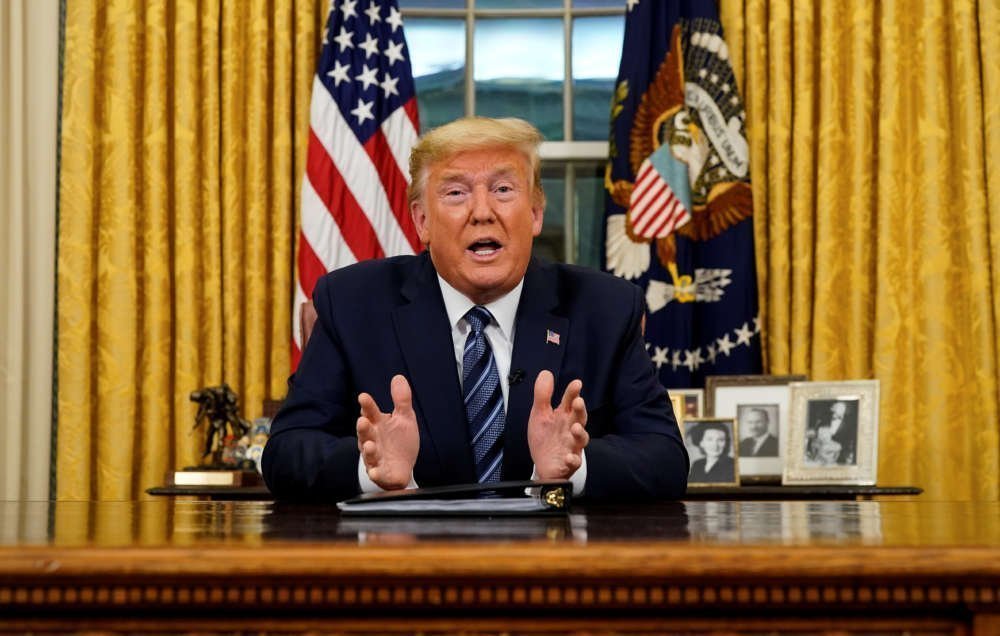 The new U.S. ban on foreign citizens entering the country if they have been in Europe in recent weeks will heap more pressure on airlines already reeling from the coronavirus pandemic, analysts said, hitting European carriers the hardest.

The 30-day curbs from Friday, which exclude Britain, Ireland and other countries outside the European Schengen passport-free travel area, are similar to those that went into effect targeting China on Feb. 1. They come after the outbreak’s rapid spread across the European continent and in the United States.

Combined with a fresh U.S. State Department advisory asking citizens to reconsider the need to travel globally, the move could create chaos at dozens of airports across Europe as passengers attempt a last-minute rush to fly to the United States before the ban takes effect.

As well as slashing arrivals, the move is set to decimate spending by European tourists in the United States. There were 5.8 million arrivals from the biggest markets of Germany, France, Italy and Spain in 2018, according to U.S. data, which said they spent nearly $22 billion combined.

The news sent shares in Asian carriers sliding during the region’s trading day, with analysts warning of a significant impact to come when European markets opened.

Flights from Europe can still operate to a limited number of U.S. airports with enhanced screening under measures announced on Wednesday evening. But only U.S. citizens, permanent residents and immediate family members will be allowed in, severely denting the passenger base and hurting the U.S. tourism industry.

U.S. President Donald Trump said the ban was needed because the country was entering a “critical time” in the fight against the virus, which has spread across the United States and killed at least 37 people and infected 1,281.

“We made a lifesaving move with early action on China. Now we must take the same action with Europe,” Trump said in an address to the nation. “We will not delay.”

The ban stops movement of people, not goods, he later clarified on Twitter.

U.S. airlines had already slashed flight schedules to Italy, facing the largest European outbreak, and will take another hit from lower demand for flights from major destinations like France and Germany.

He said his group respected the need to take the unprecedented action, but Association of Flight Attendants-CWA President Sarah Nelson called the ban “irresponsible”.

“There is no explanation for how this will help fight the spread of the virus,” she said. “It makes little sense when the virus is already in the United States.”

The new restrictions will particularly batter foreign carriers like Germany’s Lufthansa and Air France KLM SA that dominate the market for flights between mainland Europe and the United States and had already grounded dozens of planes, analysts said.

He said the U.S. embargo makes sense, because European Union countries and carriers did not sufficiently restrict China access, which allowed the virus to spread.

“We have to close the door,” Boyd said.

“This is not a drill – the epidemic is real – and unprecedented. It is the type of hard decisions the U.S. needs to make … the EU has not moved aggressively to limit the spread,” he said.

Lufthansa said it was assessing the impact of the changes on its U.S. operations, while Air France KLM did not respond immediately to a request for comment. Delta Air Lines Inc said it would waive change fees for customers traveling to, from or through Europe and Britain through May 31.

Shares in Asian carriers slumped after the news.

Australia’s Qantas Airways fell 11%. Singapore Airlines was down 4%, as was Hong Kong’s Cathay Pacific Airways Ltd. Japan’s ANA Holdings and Japan Airlines were both down more than 5%.

“The travel ban from Europe has definitely taken everyone by surprise, hence the market impact,” said Khoon Goh, head of Asia research at ANZ in Singapore.

“Already we know the economic impact is significant, and with this additional measure on top it’s just going to multiply the impact across businesses. This is something that markets had not factored in … it’s a huge near-term economic cost.”