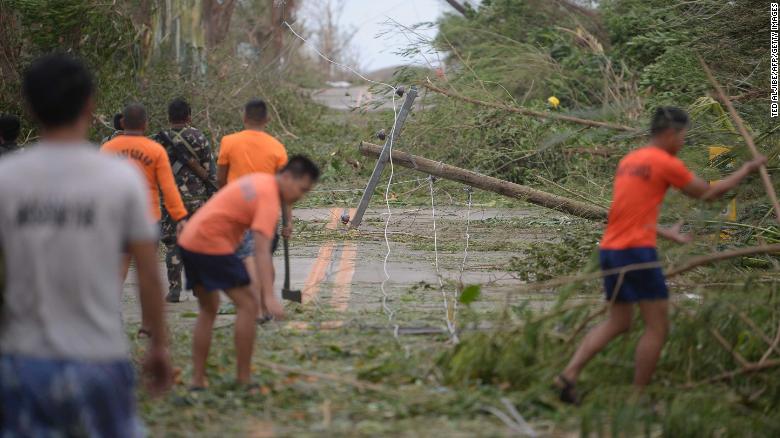 At least two people have been killed by Typhoon Mangkhut, known locally as Ompong, which slammed Philippines in the early hours of Saturday, September 15, bringing ferocious winds and heavy rains. Typhoon Mangkhut ripped through the Philippines’ main island of Luzon, and is now moving west towards China.

Mangkhut is the strongest storm anywhere on the planet in 2018 so far, carrying gusts of up to 325 kilometers per hour (200 mph) before it made landfall in Cagayan province. When it crossed land, Mangkhut was packing winds of up to 270 kph (165 mph), 120 kph (75 mph) stronger than Hurricane Florence that hit North Carolina, and aid agencies warn millions are at risk from rising flood waters and landslides.

In the first confirmed deaths, two rescuers were killed trying to help people trapped in a landslide. The death toll is likely to increase, as there are unconfirmed reports of casualties in the coastal town of Aparri. The evacuation centre there is said to have been destroyed and phone networks are down.