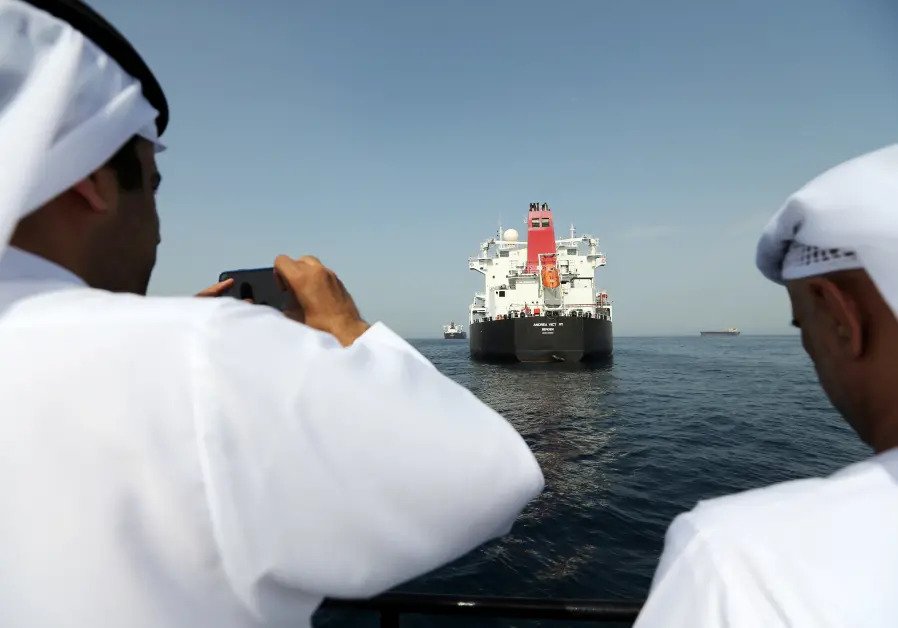 Two tankers were hit in suspected attacks in the Gulf of Oman and the crew have been evacuated, shipping sources said on Thursday, a month after a similar incident in which four tankers in the region were struck.

The United Kingdom Maritime Trade Operations, part of the Royal Navy, earlier said it was aware of an incident in the Gulf of Oman.

“UK and its partners are currently investigating,” the group said without elaborating.

Oil prices surged by 4% after the report that raises tensions in the Gulf, which have been heightened by a dispute between Iran and the United States.

The area is near the Strait of Hormuz, a major strategic waterway through which a fifth of global oil consumption passes from Middle East producers.

Two tankers, the Marshal Islands-flagged Front Altair and the Panama-flagged Kokuka Courageous, had been evacuated and the crews were safe, four shipping and trade sources said.

There was no immediate confirmation from ship operators or authorities in Oman or the United Arab Emirates, in whose territorial waters four tankers were hit last month.

The shipping newspaper Tradewinds reported that a tanker owned by Norway’s Frontline had been struck by a torpedo off the coast of Fujairah, one of the emirates in the United Arab Emirates. It cited unnamed industry sources.

One shipping broker said there had been an explosion “suspected from an outside attack” that may have involved a magnetic mine on the Kokuka.

“All crew safely abandoned the vessel and was picked up by Vessel Coastal Ace. Kokuka Courageous is adrift without any crew on board,” the source said.

Another source said the Front Altair reported a fire caused by a “surface attack” and that the crew had been picked up by nearby vessel Hyundai Dubai.

The UAE had said that the May 12 attacks on four vessels off the coast of Fujairah, a main bunkering hub, were likely caused by limpet mines and bore the hallmarks of an operation most likely by a state actor.