Two Cypriot movies to be screened in London 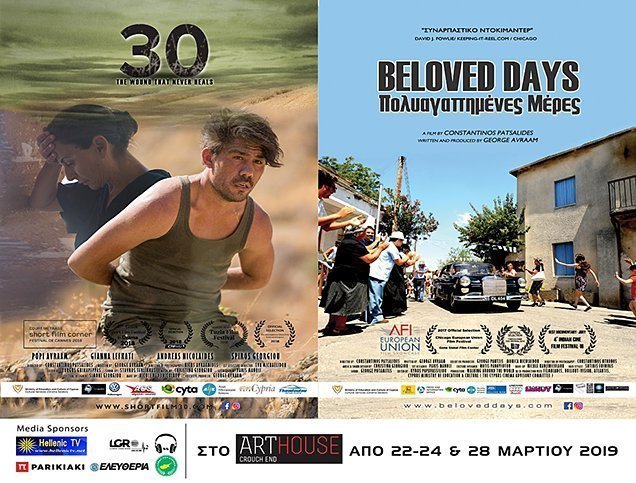 Beloved Days: When the past inspires the future.

“Our Beloved Days” is a documentary, directed by Constantinos Patsalides and written and produced by George Avraam.

In 1970 the people of the Cypriot village of Karmi, which is now under Turkish occupation, participated in an unprecedented experience: the shooting of the film Beloved, alongside a Hollywood cast and crew. Starring movie icon Raquel Welch, Beloved was the first Hollywood movie to be filmed in Cyprus. Four decades on, the Cypriot documentary Beloved Daysnostalgically revisits Beloved, focussing on those involved in its making and the traumatic changes to their lives that they have endured.

The short film 30 was also directed by Constantinos Patsalides and written and produced by George Avraam.

It is a human story that people from every corner of the world, who went through war and its consequences, can identify with. It is a story about loss, refugees, enforced disappearances and the dramatic experience of those who lived through the tragic events of the Turkish invasion in Cyprus, in 1974.