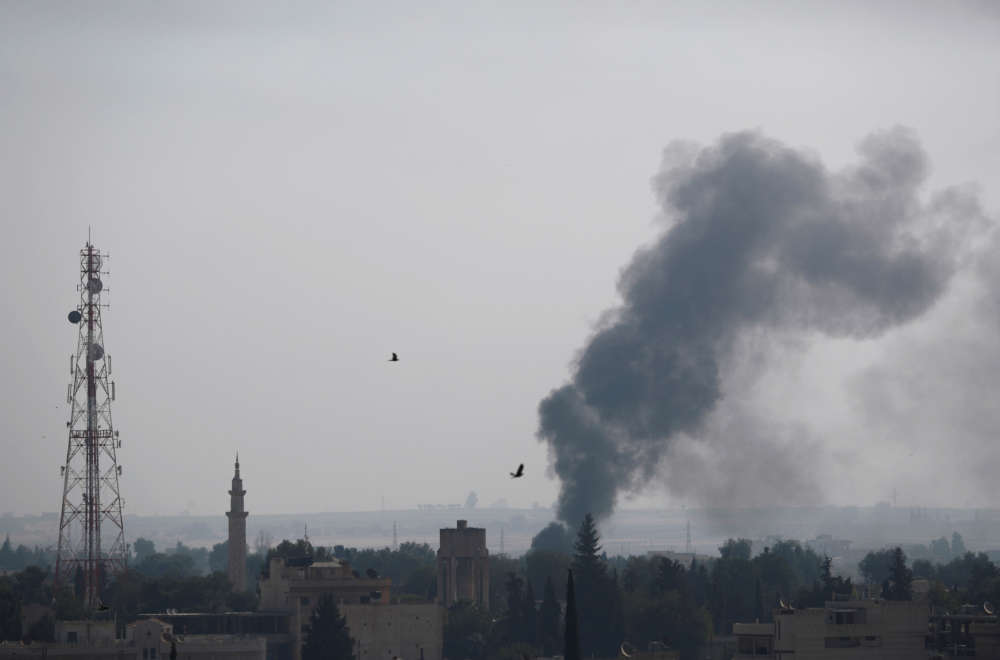 Turkish commandos pushed deeper into Syrian territory east of the Euphrates river on the second day of a offensive against Kurdish militia, as a withdrawal by U.S. forces opened up a dangerous new phase in the region’s eight-year-old conflict.

Ashamed of Washington’s role in making way for the Turkish incursion, senior members of U.S. President Donald Trump’s own Republican Party condemned him for abandoning Syrian Kurds, who have been loyal allies of Washington in the fight against Islamic State in Syria (ISIS).

NATO-ally Turkey has said it intends to create a “safe zone” in order to return millions of refugees to Syria. But world powers fear the Turkish action could exacerbate the conflict, and run the risk of ISIS prisoners escaping from camps amid the chaos.

“Our heroic commandos taking part in Operation Peace Spring are continuing to advance east of the Euphrates,” the Defence Ministry wrote on Twitter on Thursday, posting a video showing soldiers firing rifles in darkness as they advanced.

A witness in the Turkish town of Akcakale said volleys of rockets were fired from there across the border into Syria’s Tel Abyad. Smoke rose from two targets hit on the Syrian side of the border, he said.

The Turkish military has hit 181 targets of the Kurdish militia with its air force and artillery since the start of operation into northeast Syria, the ministry said.

One of the prisons where ISIS detainees are held was struck by a Turkish air strike, the SDF said on Twitter.

The U.S. military has taken custody of two high-profile Islamic State militants previously held in Syria by the SDF and moved them out of the country to a secure location, a U.S. official said.

A second U.S. official said they belonged to a group of British fighters nicknamed “The Beatles,” who have been tied to the murder of Western hostages.

Akcakale was quiet for much of the morning after sporadic gunfire and the sound of tank movement were heard in the early hours, Reuters journalists said. Explosions had rocked Tel Abyad earlier in the night, they said.

“Operation Peace Spring is continuing as planned across the border,” Turkey’s Vice President Fuat Oktay wrote on Twitter. Turkey regards the Kurdish militia as a terrorist group because of its links to Kurdish PKK militants waging a decades-old insurgency in southeast Turkey.

SDF spokesman Mustafa Bali said on Twitter that the group’s fighters had repelled a ground attack by Turkish troops in Tel Abyad.

President Trump called the Turkish assault a “bad idea” and said he did not endorse it. He said he expected Turkey to protect civilians and religious minorities and prevent a humanitarian crisis – as Turkey has said it would.

The United Nations Security Council will meet on Thursday to discuss Syria at the request of the five European members, Britain, France, Germany, Belgium and Poland.

In a letter to the 15-member Council seen by Reuters, Turkey said that its military operation would be “proportionate, measured and responsible.”

The 22-member Arab League said it will hold an emergency meeting on Saturday.

At a news conference on Wednesday, Trump defended U.S. policy towards Kurds, saying Washington had spend “tremendous amounts of money” arming and funding them.

“With all of that being said we like the Kurds.”

But one of Trump’s closest fellow Republican allies, Senator Lindsey Graham, said failing to support the Kurds would be “the biggest mistake of his presidency” and unveiled a framework for sanctions on Turkey with Democratic Senator Chris Van Hollen.

The Syrian Kurdish group was for years Washington’s main allies on the ground in Syria and the incursion was potentially one of the biggest shifts in years in the Syrian war that has drawn in global and regional powers.

The Kurds played a leading role in capturing territory from Islamic State, and now hold the largest swathe of Syria outside of the hands of President Bashar al-Assad. The SDF holds thousands of Islamic State fighters and tens of thousands of their relatives in detention.