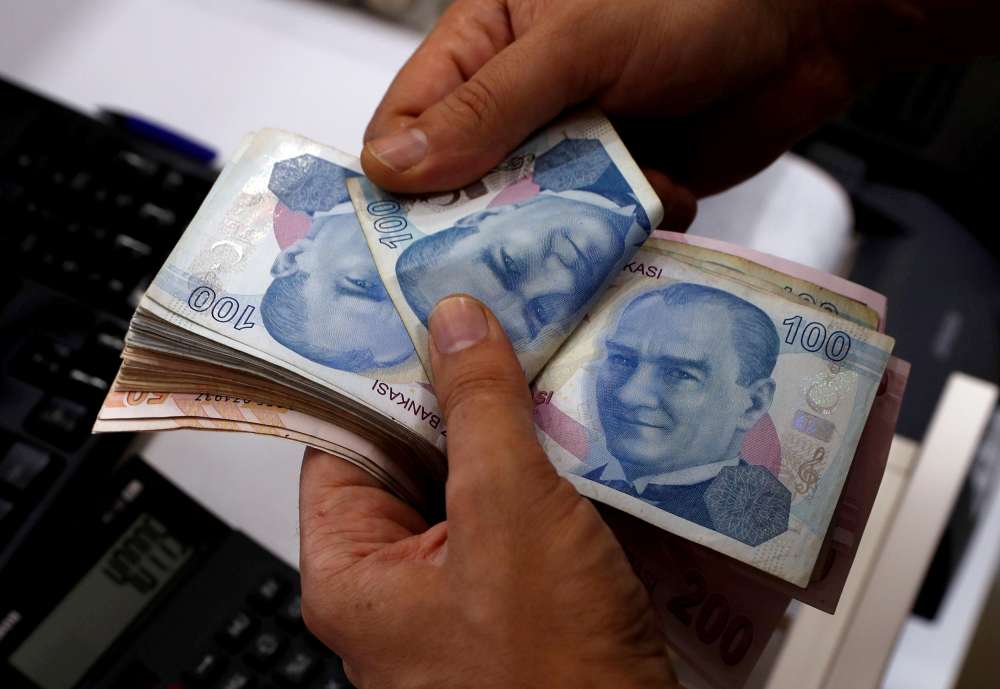 Turkish economic growth slowed to 5.2 percent year-on-year in the second quarter, data showed on Monday, in what officials described as an “economic rebalancing” before an expected second-half slowdown as Turkey grapples with a currency crisis.

President Tayyip Erdogan has overseen strong growth during his 15 years in power but the economy is now facing challenges after a sharp decline in the lira, triggered partly by concerns about his influence over monetary policy.

In a Reuters poll, the economy had been expected to grow 5.3 percent in the second quarter. The lira firmed to 6.4581 against the dollar after the data from 6.4850 beforehand.

Growth was driven by domestic demand despite a moderate slowdown in consumption and investments in the second quarter but the slowdown will become more visible from the third quarter, said Finance Minister Berat Albayrak.

Rabobank emerging markets forex strategist Piotr Matys said that, given concerns over the economy overheating, the slowdown from 7.3 percent in the first quarter could be seen as encouraging.

“The Turkish economy is widely expected to lose even more momentum in the coming quarters as a result of significant lira depreciation,” he said, adding that attention was focused on the central bank’s rate-setting meeting on Thursday.

Investors expect the central bank to raise interest rates, but the size of the hike will be crucial, Matys added. The bank left rates on hold at its last meeting in July, defying expectations of a hike.

Data last week showed inflation surged to 17.9 percent year-on-year in August, its highest level since late 2003, prompting the central bank to signal it would take action against “significant risks” to price stability.

A central bank survey on Monday showed 2018 GDP growth was expected to be 3.4 percent, down from a previous forecast of 3.9 percent. It also showed end-2018 inflation was seen at 19.61 percent, up from a previous 16.45 percent.

According to a Reuters poll, the economy is expected to grow 3.3 percent in the year as a whole.

The government has been working on stimulus measures to stave off the expected slowdown in the coming quarters. Erdogan, a self-described “enemy of interest rates”, has pushed banks to lend more to boost private spending.

His demands for lower interest rates have fuelled concerns that the central bank lacks independence. The lira has tumbled 41 percent against the dollar this year in a slide exacerbated by a bitter diplomatic row with the United States.

Officials have said they expect a contraction of the economy in the third quarter and full-year growth of around four percent – below a 5.5 percent government target.

By In Cyprus
Previous articleTHE NUN
Next articleCHRISTOPHER ROBIN