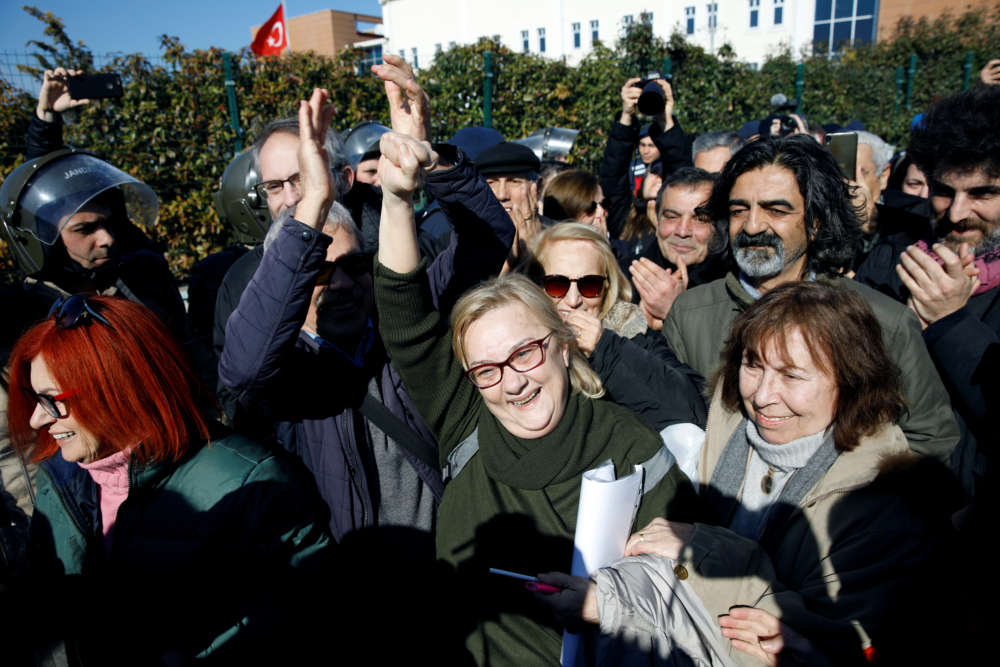 A Turkish court on Tuesday acquitted businessman Osman Kavala and eight others over their alleged role in the Gezi Park protests of 2013, delivering a surprise verdict in a case that had drawn criticism from Western allies and rights groups.

Applause erupted in the courtroom and some people cried in disbelief when the decision was announced. A guilty verdict had been widely expected in the case, regarded as a test of justice in Turkey.

Philanthropist Kavala was ordered to be set free after more than two years in jail. The European Court of Human Rights in December demanded his immediate release, saying there was a lack of reasonable suspicion that he had committed a crime.

“Of course today’s decision is the right one (but) this has been a sham process. We’ve seen Turkey’s justice system turned into an absurd, cruel theatre,” Human Rights Watch Turkey director Emma Sinclair-Webb told Reuters.

In 2013, hundreds of thousands marched in Istanbul and elsewhere in Turkey against plans to build a replica Ottoman barracks on Istanbul’s Gezi Park in a major challenge against then-Prime Minister Tayyip Erdogan.

Eight young protesters and a police officer were killed, and 5,000 were injured, in the unrest.

Following the ruling, Turkish Industry Minister Mustafa Varank called the Gezi protest a “betrayal” that had damaged the country democratically and economically.

Kavala and two other defendants had been facing life sentences without parole, while the other defendants were accused of aiding them in attempting to overthrow the government by organising the protests. They had denied the allegations.

At one point in the hearing, police scuffled in the courtroom with defence lawyers who attempted to prevent them forcibly removing a lawyer who had repeatedly requested permission to speak.

The case of seven further defendants, who are abroad and were being tried in absentia, was separated but arrest warrants for them were lifted. One lawyer said they were also expected to be acquitted.

Critics of Erdogan’s government have questioned the independence of Turkish courts, especially since a crackdown following a failed coup in 2016. Erdogan, now Turkey’s president, and his ruling AK Party say the judiciary makes independent decisions.

After final statements from defendants, the judge read the verdict in which he said they did not commit the alleged crimes.

Mucella Yapici, one of the defendants, said in an interview: “I hope this is the beginning, the first step of returning to law. That is what Gezi is, it is a step towards the light.”

In his defence, Kavala had stressed the European Court of Human Rights decision demanding his immediate release and had described as a “conspiratorial fiction” the idea that the protests were an attempt to overthrow the government.

A court previously acquitted people prosecuted over the 2013 protests, with a judge ruling in 2015 they were exercising the right of freedom of assembly.

But in 2017 Kavala was arrested and the following year police arrested the other 15 defendants including civil society figures, writers and actors.

The prosecutions were part of a crackdown that Turkey says is necessary on security grounds. It has involved widespread purges of the armed forces, ministries and state organisations.

By Annie Charalambous
Previous articleRobots, clocks and computers: How Ancient Greeks got there first
Next articleAddictions Authority: 3.6% of Cypriots have ‘problematic’ relationship with betting