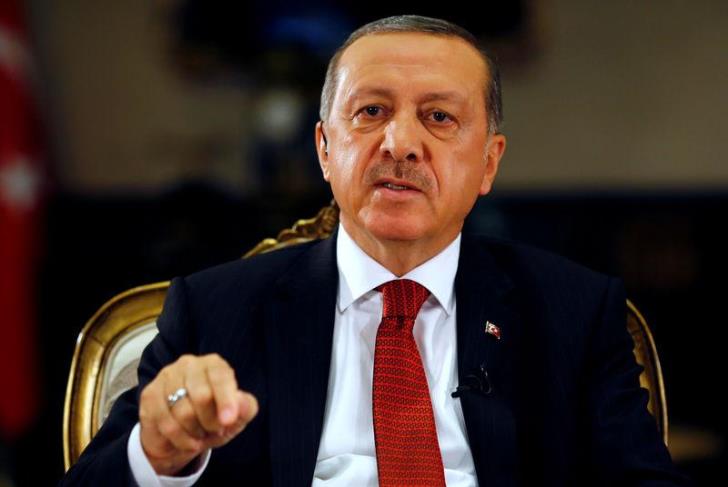 Turkey’s president on Wednesday dismissed the prospect of potential EU sanctions, saying such a move would not be Ankara’s concern.

“Officially, since 1963, the EU has already been implementing sanctions on us continuously. The EU has never been honest and never stood behind its promises. But, we’ve always been patient,” he said.

Speaking a day before an upcoming EU leaders summit on Thursday, Erdogan said Turkey would wait and see the bloc’s decisions, adding that some leaders who are sincere and honest already have been upstanding in their disapproval of such attitudes against Turkey.

Before leaving Ankara for Azerbaijan on a two-day official visit, Recep Tayyip Erdogan said Turkey would stand by Azerbaijan in reconstruction efforts in its formerly occupied lands.

He noted that after 44 days of fighting, the region of Nagorno-Karabakh had finally been liberated, underlining that Turkey would continue to support Baku.

Amid recent tensions in the region, Greece and the Greek Cypriot administration have upped their pressure on other EU members to impose sanctions on Turkey at this week’s summit.

To date, the EU’s current term president, Germany, and most EU members have been reluctant to take such action.

Turkey, which has the longest continental coastline in the Eastern Mediterranean, has rejected the maritime boundary claims of Greece and the Greek Cypriot administration, stressing that these excessive claims violate the sovereign rights of both Turkey and the Turkish Cypriots.

Ankara has sent drillships in recent months to explore for energy resources in the Eastern Mediterranean, asserting its own rights in the region, as well as those of the Turkish Republic of Northern Cyprus.

Turkish leaders have repeatedly stressed that Ankara is in favor of resolving all outstanding problems in the region through international law, good neighborly relations, dialogue, and negotiation.

President Erdogan referred to criticism by the US on Turkish arms purchases, apparently regarding Ankara’s procurement of Russian S-400 missile defense systems, saying such remarks were unfitting. Washington has opposed the transaction, which came after it refused to sell Turkey US-made Patriot air defense batteries.

Erdogan said he would speak to US President-elect Joe Biden once he officially claims office in January.