Turkey transfers some powers to president 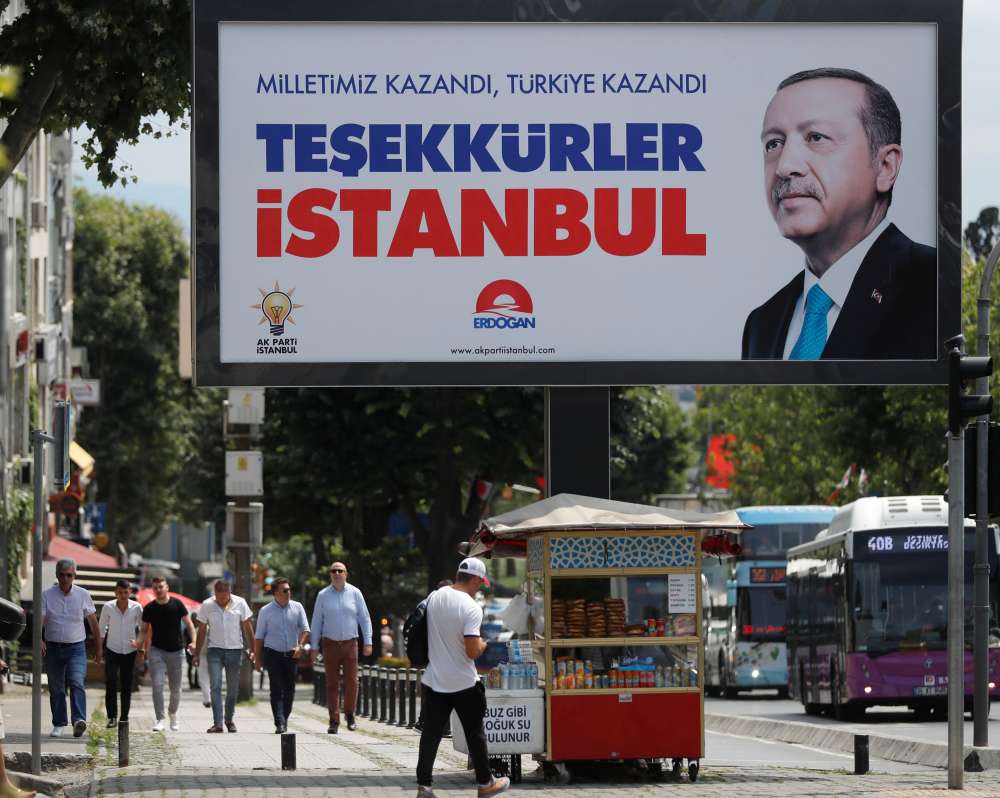 Turkey issued a decree on Wednesday transferring some powers to the president, in line with its move to an executive presidential system resulting from last month’s presidential and parliamentary elections.

The decree, issued in the official gazette, makes changes to laws dating from 1924 to 2017, altering references to the prime minister and cabinet of ministers to the president and the president’s office.

In a referendum last year, Turks voted by a narrow majority to move to a powerful executive presidency. The political change is being ushered in after President Tayyip Erdogan‘s triumph in the June 24 elections.

The office of prime minister is to be abolished and Erdogan will be able to form and regulate ministries and remove civil servants, all without parliamentary approval.

The government has been issuing decrees, bypassing parliament, since a state of emergency imposed following an attempted military coup in July 2016. Erdogan has promised to lift emergency rule after the election.

The changes in the latest decree will take effect when Erdogan takes the oath of office, expected in parliament on July 8 or 9.

By In Cyprus
Previous article
402 trees, 5837 bushes to be planted on Aglandjia avenue
Next article
June registered unemployed down an annual 22.1%