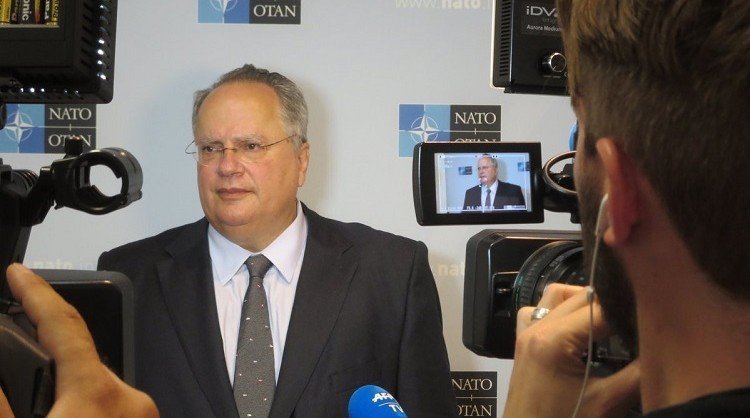 Greece acted with calmness and composure during an incident earlier this year when a Greek coastal guard boat was purposely rammed by a Turkish one, Foreign Minister Nikos Kotzias said to SKAI and Alexis Papachelas on Monday, in an interview which will be fully broadcast on Tuesday (May Day).

During a patrol of three boats in Greek waters at the Imia islet, the ownership of which Turkey contests, one of the Greek vessels was rammed purposely by a Turkish coast guard vessel, in violation of international laws.

“The Turks came close (to a red line) in one or two cases, but did not cross it,” Kotzias told Papachelas, citing the Imia islet incident. “If there hadn’t been calmness and composure on the Greek side, nobody knows where this ramming could have led.”

Asked to comment about the two Greek servicemen held in Turkey pending trial for crossing into Turkish territory during a border patrol, Kotzias said that “Turkey’s behavior shows a change of attitude. It’s not the same Turkey, with which we used to exchange soldiers who crossed over and were arrested. I have a whole file (of such cases) on my desk. Right now Turkey is using (the two servicemen) in a different way. I avoided speaking from the start about the issue because my speculation was that there’s a moment when the Turks change their behavior, and this is one of those cases.”

By In Cyprus
Previous article
East Med: How much natural gas are we talking about?
Next article
Özersay calls for negotiations on partnership models