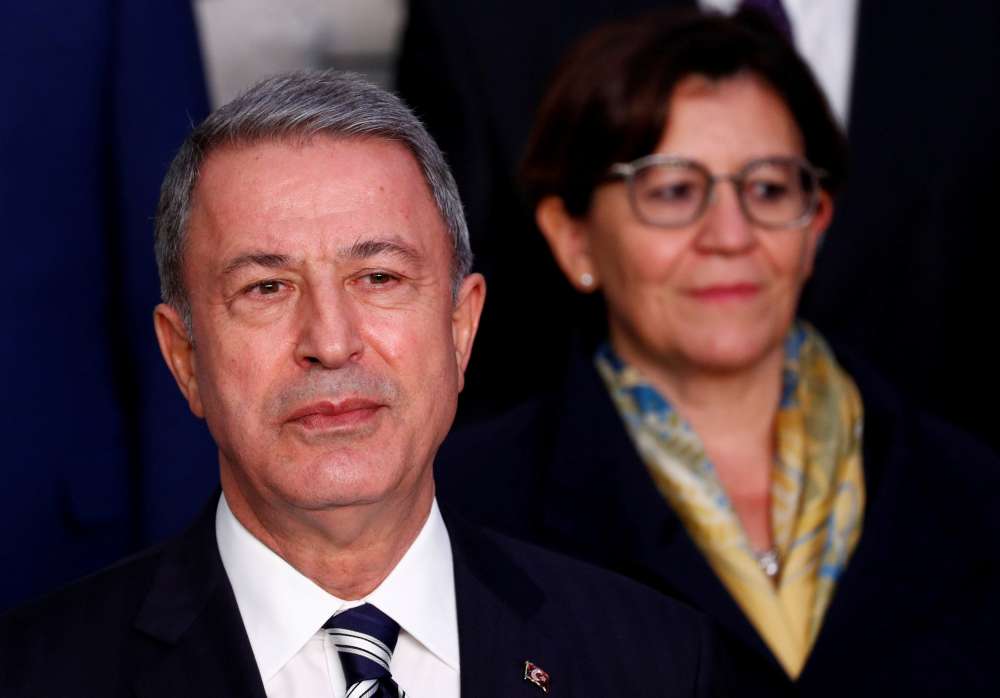 Turkey’s defence minister said it was preparing for potential U.S. sanctions over its purchase of Russian S-400 missile defence systems, even while he said there was some improvement in talks with the United States over buying F-35 fighter jets.

Turkey and the United States have been at odds on several fronts including Ankara’s decision to buy the S-400s, which cannot be integrated into NATO systems. Washington says it would jeopardise Turkey’s role in building Lockheed Martin F-35 fighter jets, which it says would be compromised by S-400s.

While Washington has warned that Ankara faced sanctions under its Countering America’s Adversaries Through Sanctions Act (CAATSA) if it presses on with the deal, Turkey has said it expected U.S. President Donald Trump to protect it.

Speaking to reporters late on Tuesday, Defence Minister Hulusi Akar said Turkey was fulfilling its responsibilities in the F-35 project and expected the programme to continue as planned. He said buying the S-400s was only meant to meet Turkey’s defence needs and posed no threats.

“We are doing whatever normal bilateral agreements mandate. Though there are some issues from time to time, we are pleased that there has been no sharp turn until now… Turkey is also making preparations for the potential implementation of CAATSA sanctions,” he said.

“In our talks with the United States, we see a general easing and rapprochement on issues including the east of the Euphrates, F-35s and Patriots.”

Turkey’s lira has been sliding in part on concerns over the U.S. sanctions, which would hit an economy already in recession after a currency crisis last year. Among its other disputes with Washington is strategy in Syria east of the Euphrates River, where the United States is allied with Kurdish forces that Turkey views as foes.

Akar said linking the S-400s purchase with that of the F-35s is “another hurdle” and noted that nine NATO partners have a stake.

“There is no clause anywhere in the F-35 agreement saying one will be excluded from the partnership for buying S-400s,” he said. “Turkey has paid $1.2 billion. We also produced the parts ordered from us on time. What more can we do as a partner?”

In trying to persuade Turkey to give up the Russian missiles, the United States has offered to sell its rival Raytheon Co. Patriot missile defence systems, which Akar said Ankara was evaluating. He said Turkish and U.S. officials were working on price, technology transfer and joint production issues on the latest U.S. offer in late March.

The minister also said conceptual work on the SAMP-T defence systems with the Franco-Italian EUROSAM consortium were expected to be completed in October. He said EUROSAM had offered to install a SAMP-T battery in Turkey and that scouting work would be carried out.