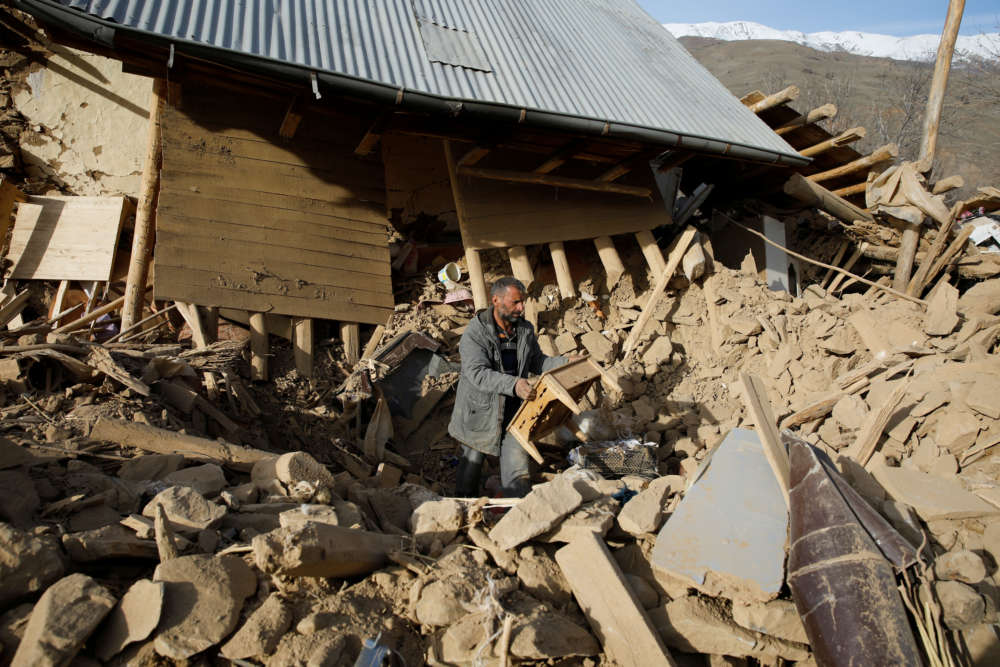 Turkey called off rescue operations on Monday in eastern areas hit by Friday’s earthquake after emergency workers recovered the body of a final person they were searching for in a collapsed building, bringing the death toll to 41, authorities said.

The magnitude 6.8 quake caused 37 deaths in Elazig province, about 550 km (340 miles) east of Ankara, and four in neighbouring Malatya. More than 1,600 others were hurt, including 86 still being treated in hospitals, though none were in serious condition, the government said.

Forty-five people had been rescued from under ruined buildings, Turkey’s Disaster and Emergency Authority (AFAD) said.

Authorities have warned residents not to enter damaged buildings because of the danger of collapse and further aftershocks, leaving many without a home in a region where temperatures fell to -6C (21F) on Monday morning.

Addressing reporters in Elazig, Interior Minister Suleyman Soylu said the government would provide financial support to those whose homes were damaged. Some 1,000 temporary homes would be built, and some schools and mosques were now being used as shelters, he added.

Urbanisation Minister Murat Kurum said authorities had started demolishing 22 damaged buildings in Elazig. Construction of some 2,000 new houses in the province was expected to be completed by year end, he added.

Turkey has a history of powerful earthquakes. More than 17,000 people were killed in August 1999 when a 7.6 magnitude quake struck Izmit, a city southeast of Istanbul. In 2011, a quake in the eastern city of Van killed more than 500.