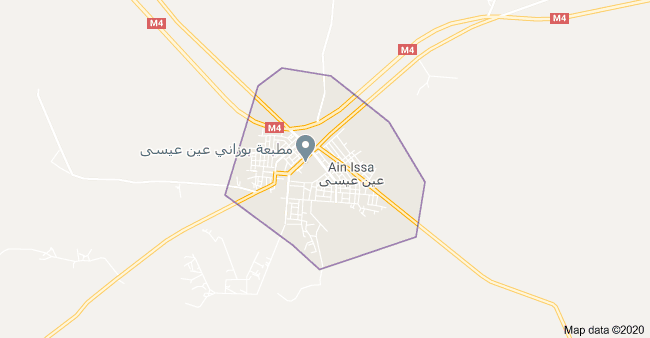 Syrian fighters backed by Turkey waged battles on Friday (December 18) against Kurdish forces near the town of Ain Issa in northern Syria, where Russian and Turkish troops jointly patrol a key highway.

Turkish forces and their Syrian insurgent allies seized territory in the region in an offensive last year against the Kurdish YPG militia which holds swathes of north and east Syria.

Ankara’s Western allies widely condemned that incursion, which was halted when Turkey reached separate deals with Washington and Moscow, the second of which agreed to establish the joint Russian-Turkish patrols.

The YPG, which Turkey deems a terrorist group, forms the military backbone of the Syrian Democratic Forces (SDF) alliance which defeated Islamic State in northeast Syria with the help of U.S. air power.

Ain Issa, where the clashes erupted overnight, sits along the M4 highway that links major Syrian cities and where the Russian-Turkish patrols usually take place.

A rebel source with the Turkey-backed National Army said the faction seized some farmland after mounting an attack at the edge of the town.

An SDF commander told local Kurdish media that shelling hit parts of the town and highway but his forces were thwarting the attack.

Ain Issa, east of the Euphrates river, also has a sprawling camp for displaced people where the SDF has held families of Islamic State fighters, including foreigners.