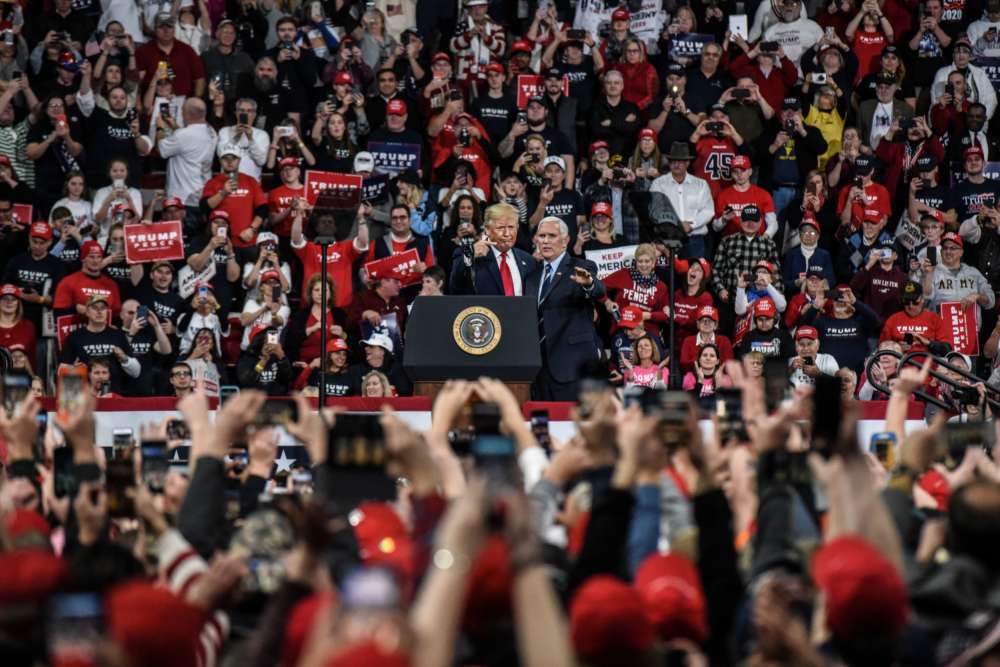 Six of the top Democratic candidates have already reported raising more than $131 million in the final three months of 2019. That total does not include the millions that two billionaire candidates – Michael Bloomberg and Tom Steer – have pumped into the contest from their personal wealth.

Trump remains the individual candidate who collected the most money, raising $46 million in the last quarter, a sum his campaign attributed to donations from supporters upset about the U.S. House of Representatives impeaching the president. He eclipsed his third quarter fundraising haul of nearly $41 million, his campaign said.

And while Democrats are posting large fundraising totals, much of that money will be spent before the party’s attention to can turn to Trump. Democrats must first fight through primary elections, for which voting begins in about a month.

But Democrats are likely to still be encouraged by the outpouring of enthusiasm from donors as evidence that party faithful are ready to fund a fight against Trump.

Fundraising has become a point of contention for the field of Democratic presidential hopefuls.

U.S. Senator Elizabeth Warren has criticized her rivals for holding fundraising events that court donors capable of writing $2,800 checks. She vowed early in the election cycle to not hold fundraisers and rely almost entirely on donations made online.

The target of much of her criticism, former South Bend, Indiana, Mayor Pete Buttigieg, has argued that Democrats need to be taking donations from all donors, including the wealthy, to remain competitive with Trump.

Warren is the only the top tier Democrat to see a fundraising dip from the third quarter to the fourth.

The Massachusetts senator raised $21.2 million during the final quarter of 2019, dropping from $24.6 million the prior quarter, her campaign said on Friday.

U.S. Senator Bernie Sanders raised more than $34.5 million in the fourth quarter, likely to be the largest three-month haul for a 2020 Democratic presidential candidate.

In an email to supporters, Warren’s campaign said it had received nearly 900,000 donations from more than 443,000 people, and the average contribution was about $23. Since she began her presidential campaign one year ago, nearly 1 million donors have given 2.7 million contributions totaling more than $71 million.