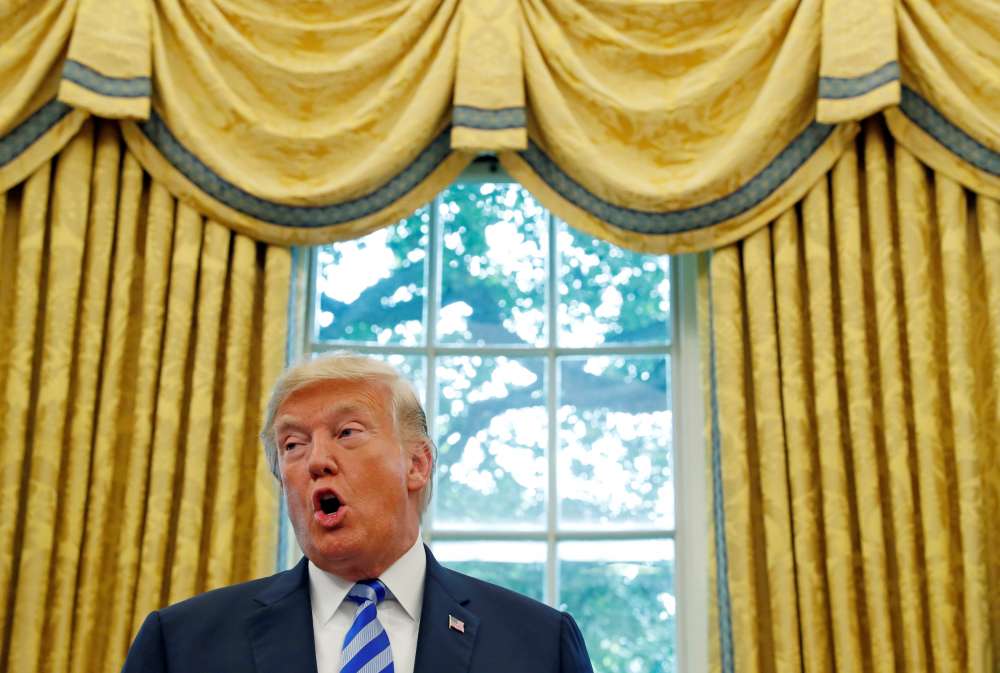 U.S. President Donald Trump said on Twitter early on Wednesday China hacked the emails of 2016 Democratic presidential candidate Hillary Clinton but did not offer any evidence or further information.

“Hillary Clinton’s Emails, many of which are Classified Information, got hacked by China. Next move better be by the FBI & DOJ or, after all of their other missteps (Comey, McCabe, Strzok, Page, Ohr, FISA, Dirty Dossier etc.), their credibility will be forever gone!” he tweeted a little after midnight on Wednesday.

Trump said in an earlier tweet on Tuesday night: “China hacked Hillary Clinton’s private Email Server. Are they sure it wasn’t Russia (just kidding!)? What are the odds that the FBI and DOJ are right on top of this? Actually, a very big story. Much classified information!”

“China is a staunch defender of cybersecurity. We firmly oppose and crack down on any forms of internet attacks and the stealing of secrets,” she added, without specifically mentioning Trump or Clinton in her answer.

U.S. intelligence officials have said Russia orchestrated the hacking of Democratic officials to meddle with the 2016 presidential election.

A U.S. federal grand jury indicted 12 Russian intelligence officers in July on charges of hacking the computer networks of Clinton and the Democratic Party.

Special Counsel Robert Mueller is investigating Russia’s role in the 2016 election and whether the campaign of Republican candidate Trump colluded with Moscow. Russia denies meddling in the elections, while Trump has denied any collusion.

Trump said in April 2017 China may have hacked the emails of Democratic officials to meddle with the 2016 presidential election. He also did not provide any evidence backing his allegation at that time.

China has repeatedly denied any accusations of involvement in overseas hacking attacks.

China and the United States, whose ties are often fraught, are also currently in the midst of an increasingly bitter trade war.