Trump to visit Pittsburgh amid funerals, calls for him to stay away 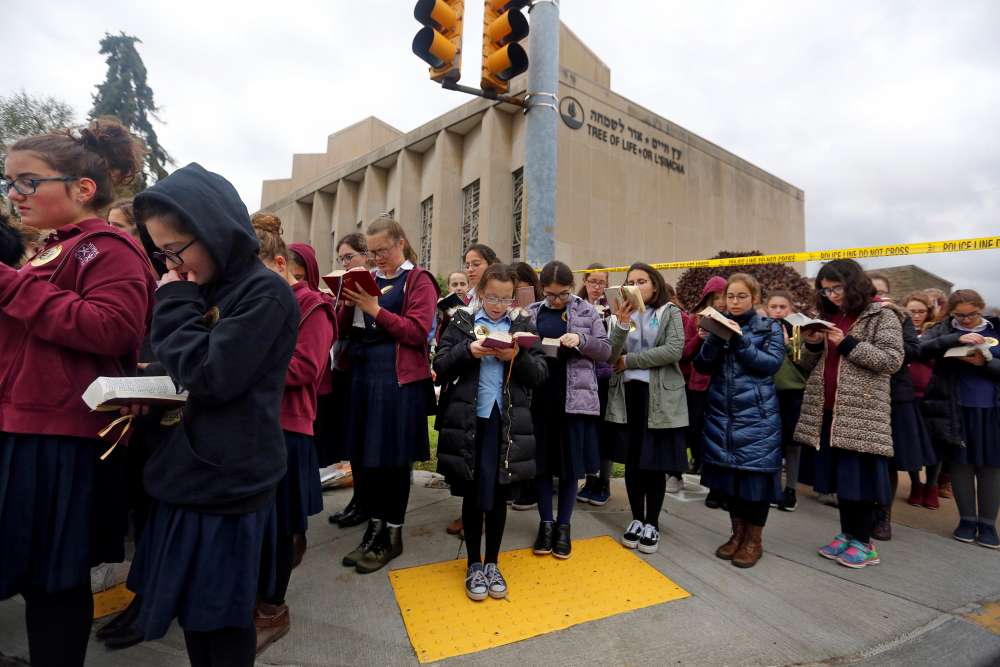 U.S. President Donald Trump was due to visit Pittsburgh on Tuesday, as mourners prepared to hold the first funerals for victims of the synagogue massacre and Jewish leaders said he would not be welcome until he denounced white nationalism.

Trump said he would visit hospitalised police officers and other people wounded in Saturday’s mass shooting at the Tree of Life synagogue that killed 11 worshippers in the deadliest ever attack on America’s Jewish community.

“I’m just going to pay my respects,” Trump told Fox News on Monday night. “I would have done it even sooner, but I didn’t want to disrupt anymore than they already had disruption. But I look forward to going to Pittsburgh.”

Robert Bowers, 46, is accused of storming into the synagogue in Pittsburgh’s Squirrel Hill section yelling “All Jews must die” and opening fire on members of three congregations holding Sabbath prayer services there.

The bloodshed has heightened a national debate over Trump’s political rhetoric, which his critics say has contributed to a surge in right-wing extremism in the United States.

The Trump administration has rejected the notion he has encouraged white nationalists and neo-Nazis who have embraced him. Trump said during the interview on Fox News that he did not have to clarify his nationalism.

“It means I love the country, it means I’m fighting for the country,” he said. “I’m proud of this country and I call that nationalism. I call it being a nationalist and I don’t see any other connotation than that.”

“YOU ARE NOT WELCOME”

Tree of Life Rabbi Jeffrey Myers told ABC on Monday that the President of the United States was always welcome to visit.

But a group of local Jewish leaders told Trump in an open letter: “you are not welcome in Pittsburgh until you fully denounce white nationalism.”

More than 43,000 people have signed the letter, organised and posted online by the Pittsburgh chapter of Bend the Arc, a Jewish organisation opposed to what it calls “the immoral agenda of the Trump administration and the Republican Party.”

Pittsburgh’s mayor Peduto said he was also against Trump’s visit because it would coincide with the first funerals – David Rosenthal, 54, and his brother Cecil Rosenthal, 59, are due to be buried on Tuesday.

Peduto said Trump should wait until all the funerals were held, and the visit and additional security measures entailed would distract attention from the “priority” of burying the dead.

The trip comes just a week before the hotly contested Nov. 6 congressional elections that will determine whether Trump’s Republican Party will retain a majority in Congress. On Monday, a U.S. magistrate judge ordered the suspect, Bowers, to be held without bond. The onetime truck driver, who frequently posted anti-Semitic material online and was described by neighbours as a loner, was charged with 29 federal felony counts and could face the death penalty if convicted.

Prosecutors have said they are treating the mass shooting as a hate crime.

In addition to the 11 mostly elderly worshippers who were killed, six people, including four police officers, were wounded before the suspect was shot by police and surrendered. Two of the surviving victims remained hospitalised in critical condition.

By In Cyprus
Previous article
Economic sentiment in Cyprus drops in October due to services
Next article
Brexit campaign full of fake news, study found