Trump to meet Queen Elizabeth despite chorus of discontent 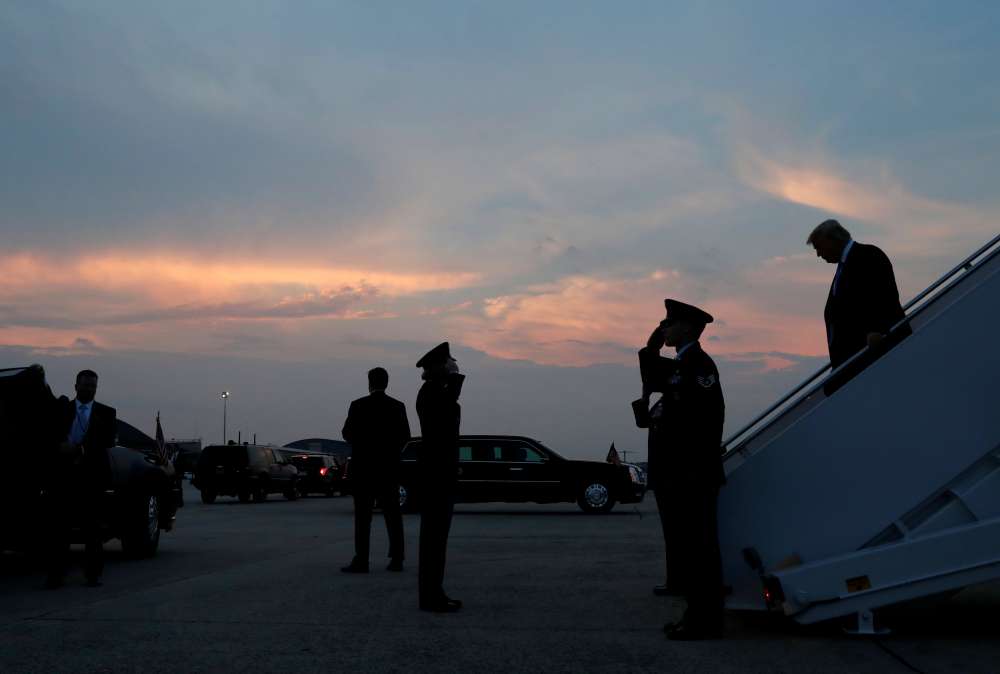 When Donald Trump meets Queen Elizabeth next week, he will become the 12th U.S. President that the monarch has met during her 66 years on the throne, the longest in British history.

Apart from Lyndon Johnson, Elizabeth has met every U.S leader since Harry S. Truman but no other U.S. presidential encounter has generated the same level of opposition and controversy in Britain as Trump’s trip.

Prime Minister Theresa May offered Trump a state visit – a pomp-laden affair usually featuring an open-top carriage trip through central London and a banquet at Buckingham Palace – when she became the first foreign leader to visit him after his inauguration in January 2017.

Only two U.S. presidents – Barack Obama and George W. Bush – have previously been invited for full state visits. Trump will get a less lavish one than originally offered, but he will still meet Elizabeth and many British lawmakers have voiced objection to his coming at all.

Trump’s travel ban targeting several Muslim-majority countries and his re-tweeting of a message posted by the deputy leader of the far-right Britain First party, who has since been jailed for religiously aggravated harassment, both led to widespread condemnation in the country.

Most recently, the separation of migrant children and parents at the U.S.-Mexico border reignited calls for May to call off Trump’s visit.

“President Trump has locked up 2,000 little children in cages and is refusing to release them unless he is allowed to build a wall,” opposition Labour lawmaker Gavin Shuker said to May in parliament last month.

“He has quit the United Nations Human Rights Council; he has praised (North Korean leader) Kim Jong Un’s treatment of his own people; and he has turned away Muslims. What does this man have to do to have the invitation that the prime minister has extended revoked?”

After he was invited last year, more than 1.86 million people signed a petition saying Trump should not be given a state visit because it could embarrass the queen.

London Mayor Sadiq Khan, a Muslim who has been involved in social media exchanges with the U.S. president, said Trump was not welcome in the British capital because of his divisive agenda and would face mass peaceful protests. Demonstrations are indeed planned for next week.

As a non-political head of state, Elizabeth has input but little say in who the government invites to Britain and who she meets or hosts at her royal residences.

Other lawmakers and commentators, who said the trip should go ahead, insist Britain’s “special relationship” with the United States goes beyond any individual and that the president should be accorded due respect.

“Her Majesty has met … some ‘unsavoury characters’. In fact, she has met some characters who have actually taken up arms against the Crown, but she has moved on from that because it is in the best interests of our nation,” Martin Vickers, a member of May’s Conservative Party told parliament last February.

“Mr Trump has said some unusual and irregular things, and some things I would certainly not agree with, but he has not, like many world leaders who Her Majesty and the government have met over the years, abused human rights.

Fellow lawmaker Edward Leigh said visits which might be controversial were made because they were believed to be in Britain’s self-interest. “When we invited not one but two Presidents of China, we were prepared to overlook the fact that China is effectively a police state,” he said.

Leigh noted Robert Mugabe had been invited to take tea with the queen. Describing the former Zimbabwean president as a “racist homophobe”, he said: “We were prepared to overlook his transgressions.”