Trump threatens tariffs on all $500 bln of Chinese imports 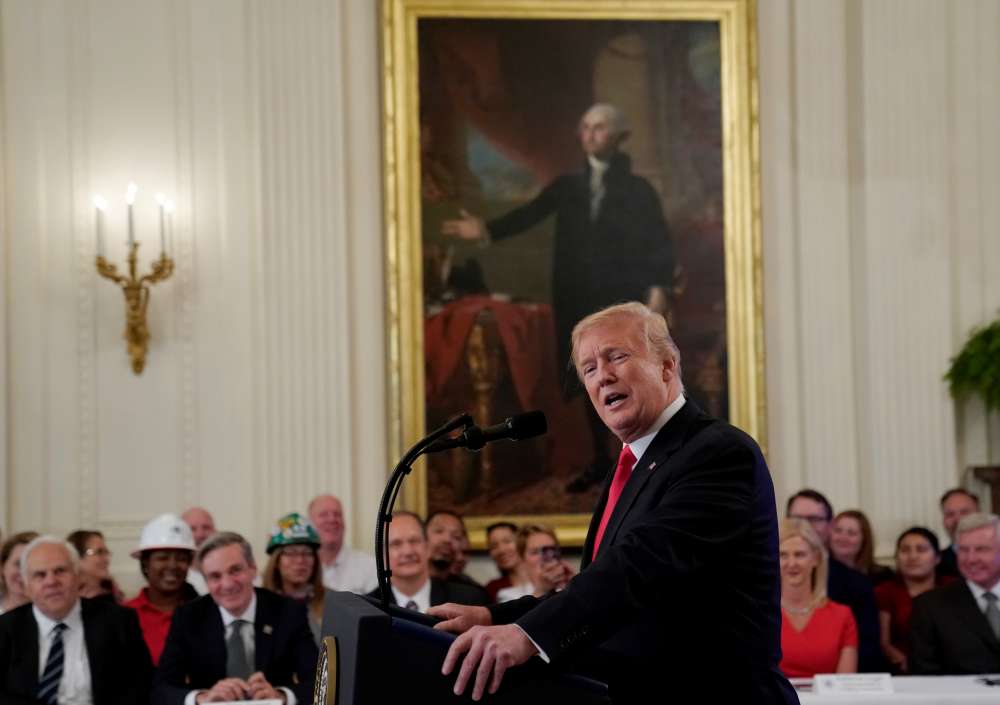 President Donald Trump said he was ready to impose tariffs on all $500 billion of goods the U.S. imports from China, remarks that sent financial markets retreating and threatened to escalate a trade clash with the Asian giant.

“We’re down a tremendous amount,” Trump said in an interview about trade imbalances with China on CNBC broadcast on Friday. “I’m ready to go to 500.”

Around $505 billion of Chinese goods came into the United States in 2017, leading to a trade deficit of nearly $376 billion, U.S. government data shows.

The magnitude of the imbalance has continued into 2018, with Chinese imports totaling $205 billion in the first five months of the year and the deficit reaching $152 billion.

Trump is taking a more aggressive, protectionist posture on trade than his recent predecessors, sparking retaliatory measures from countries around the world and igniting disputes on multiple fronts. Earlier this month, the United States imposed tariffs on $34 billion of Chinese imports. In return, China levied taxes on the same value of U.S. products.

The United States is currently disputing retaliatory tariffs by China, the European Union, Canada, Mexico and Turkey, in response to new U.S. duties on steel and aluminum.

When asked about the stock market possibly falling if the United States imposes duties on such a large amount of goods, Trump said: “If it does, it does. Look, I’m not doing this for politics.”

Along with pressing Chinese leaders to shrink the deficit, Trump’s administration has accused China of engaging in unfair trade practices by forcing American investors to turn over technologies to Chinese firms.

White House economic adviser Larry Kudlow blames Chinese President Xi Jinping for a lack of progress in bilateral trade talks, and has warned that Trump was “not going to let go” of the issue, the Axios news website reported on Friday.

“The problem here is Xi. He doesn’t want to move, and they’ve offered the U.S. absolutely … no options regarding the issue of (intellectual property) theft and forced technology transfer,” Kudlow said in an interview with the news outlet.

By In Cyprus
Previous article
Cigarette butts, straws, plastic collected as part of Geroskipou beach clean up
Next article
Cypriot banking system second to last in capital ratio in the EU