Trump: ‘severe punishment’ for Saudi Arabia if Khashoggi was killed 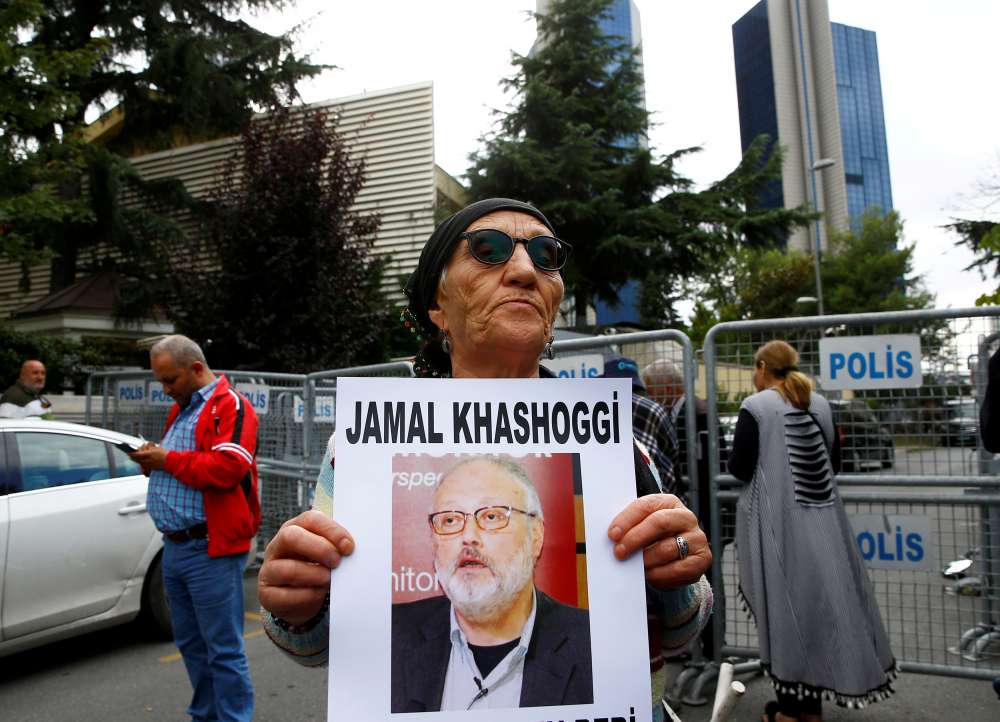 U.S. President Donald Trump said in a CBS interview on Saturday that there would be “severe punishment” for Saudi Arabia if it turns out that missing Saudi journalist Jamal Khashoggi was killed in the Saudi consulate in Istanbul.

Trump said he did not want to block military sales to Saudi Arabia, one option that has rattled U.S. defense contractors, saying, “I don’t want to hurt jobs.”

Khashoggi, a prominent critic of Riyadh and a U.S. resident who wrote columns for the Washington Post, disappeared on Oct. 2 after visiting the consulate.

“We’re going to get to the bottom of it and there will be severe punishment,” Trump said.

Asked whether Saudi Crown Prince Mohammed bin Salman gave an order to kill Khashoggi, Trump said, “Nobody knows yet, but we’ll probably be able to find out.” Trump added in excerpts of the “60 Minutes” interview that will air on Sunday, “We would be very upset and angry if that were the case.”

Trump said there was much at stake with Khashoggi case, “maybe especially so” because he was a reporter.

But Trump said he did not want to lose military sales to Saudi Arabia that are coveted by U.S. competitors Russia and China, also exporters of military equipment.

“I don’t want to lose an order like that,” he said, mentioning the companies Boeing, Lockheed and Raytheon. “And you know what, there are other ways of punishing,” he said, without elaborating.

Turkish sources have told Reuters the initial assessment of the police was that Khashoggi was deliberately killed inside the consulate.

Riyadh has dismissed the claims.