Trump sees no reason to believe Russia behind election meddling 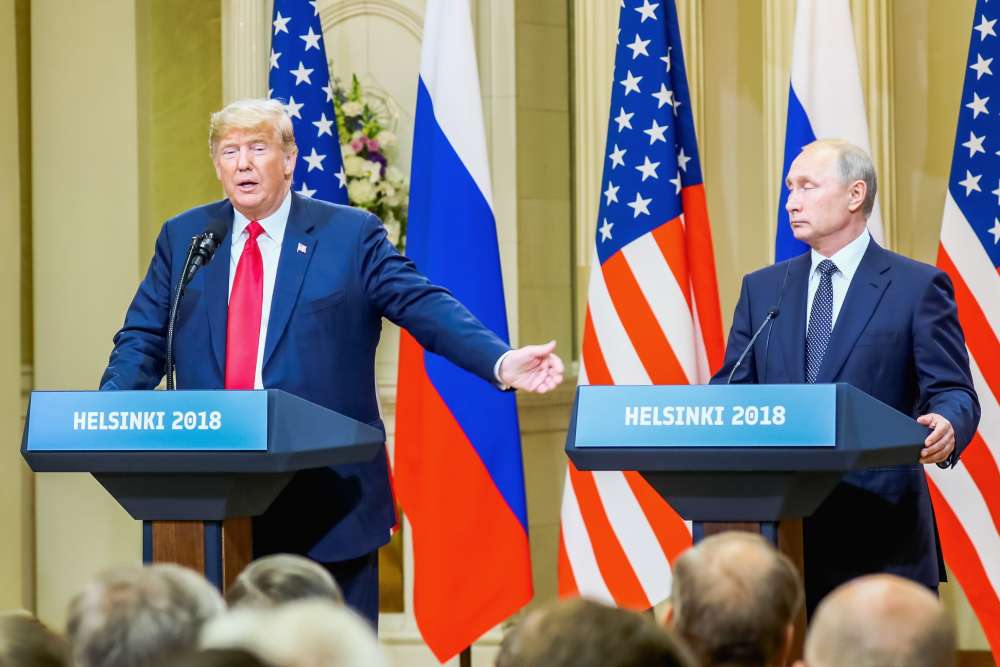 U.S. President Donald Trump emerged from a meeting with Vladimir Putin on Monday saying he saw no reason to believe Russia had hacked the 2016 U.S. presidential election, and the Russian leader “was extremely strong and powerful” in denying it.

Trump held his meeting just days after a special prosecutor in the United States indicted 12 Russian agents for stealing Democratic Party documents to help him win the vote.

At a rambling news conference after one-on-one talks, Trump said not a single critical word about Russia on any of the issues that have brought relations between the Washington and Moscow to a post-Cold War low, from Ukraine to Syria.

Asked if he trusted U.S. intelligence agencies, which concluded that Russia interfered in the 2016 election, Trump said he had been told by his CIA chief that Russia was to blame, but he was not certain.

“I don’t see any reason why it would be” Russia, Trump said. “President Putin was extremely strong and powerful in his denial today.”

Before the summit even began, Trump blamed his own country for the deterioration in relations.

“Our relationship with Russia has NEVER been worse thanks to many years of U.S. foolishness and stupidity and now, the Rigged Witch Hunt!”

At the news conference Trump was invited by reporters to offer even a single criticism of Russia, but repeatedly declined. Asked if Russia was at all to blame for the poor ties, he said: “I hold both countries responsible. I think the U.S. has been foolish. We’ve all been foolish,” he said, before veering into discussion about his election victory.

“I beat Hillary Clinton easily and frankly we beat her…We won that race and it’s a shame that there can be even a little bit of a cloud over it,” he said.

Trump’s repeated warm words for Russia were a marked contrast from the past week when he repeatedly rebuked traditional U.S. allies at a summit of NATO and a visit to Britain.

Asked if Putin was an adversary, he said: “Actually I called him a competitor and a good competitor he is and I think the word competitor is a compliment.”