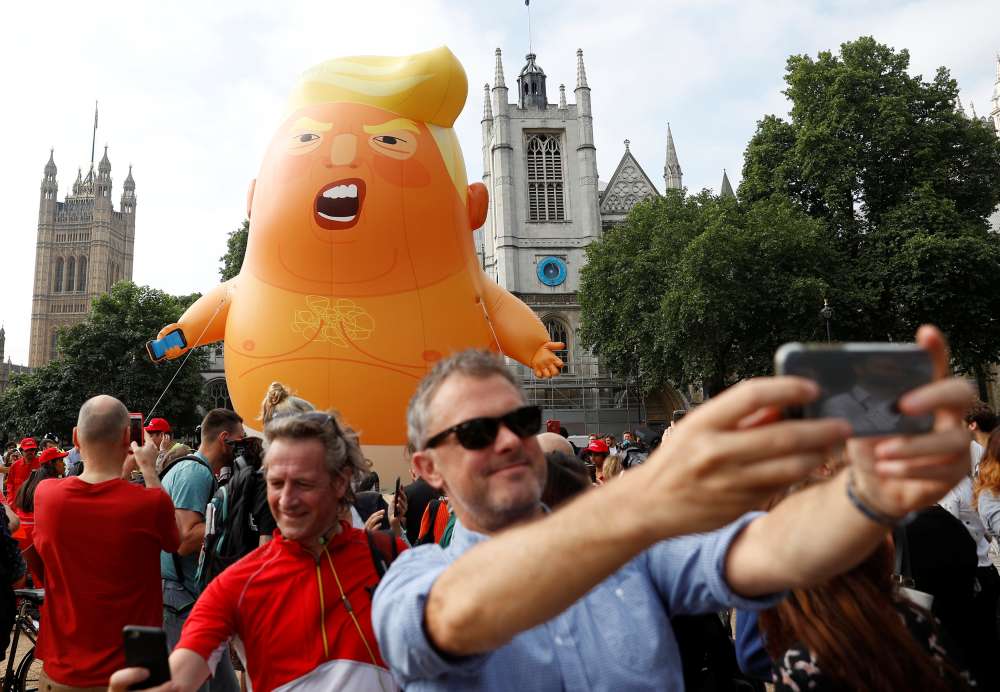 Opponents of Donald Trump inflated a blimp depicting the U.S. president as an orange, snarling baby just outside the British parliament on Friday.

Trump, who arrived in Britain on Thursday, told the Sun newspaper that planned protests against him in London and other British cities made him feel unwelcome so he was avoiding the capital as much as possible.

“I guess when they put out blimps to make me feel unwelcome, no reason for me to go to London,” Trump told the newspaper.

“I used to love London as a city. I haven’t been there in a long time. But when they make you feel unwelcome, why would I stay there?