Trump impeachment: Was someone tracking the U.S. ambassador in Kiev? 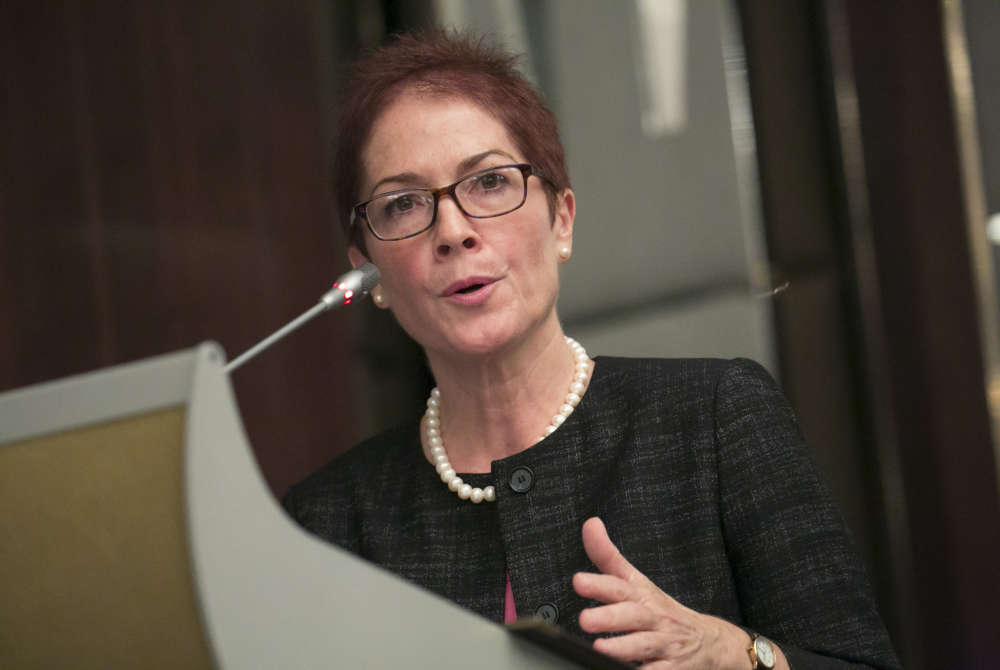 A top Democrat in Congress vowed on Wednesday to investigate “profoundly alarming” messages suggesting that the former U.S. ambassador to Ukraine was subject to surveillance before President Donald Trump fired her in May.

House Foreign Affairs Committee Chairman Eliot Engel said the messages, which were released on Tuesday as part of the impeachment case against Trump, suggested former ambassador Marie Yovanovitch faced security risks when Trump allies tried to discredit her before she was fired.

“This unprecedented threat to our diplomats must be thoroughly investigated and, if warranted, prosecuted to the fullest extent of the law,” Engel said in a statement.

In one, Hyde wrote, “They are moving her tomorrow.” In another, he said he had associates in Ukraine who could help keep track of Yovanovitch. “They are willing to help if we/you would like a price,” he said.

Hyde denied wrongdoing, saying on Twitter he had never been in Kiev.

“For them to take some texts my buddy’s and I wrote back to some dweeb we were playing with that we met a few times while we had a few drinks is definitely laughable,” he wrote.

He did not respond to a request for comment.

The chairman of the Connecticut Republican party said on Twitter on Wednesday that he had asked Hyde to end his bid for Congress.

In an interview with MSNBC, Parnas said he did not believe Hyde posed a threat to Yovanovitch.

House Democrats say the messages add to the evidence they will present to the Senate in an impeachment trial due to start in earnest next week, after the House voted on Wednesday to send the impeachment charges over to the Senate.

During the impeachment investigation last fall, Yovanovitch testified that she had received a late night call from Washington warning her that she needed to return to the United States urgently and that there were concerns about her safety.

The Ukraine-born Parnas, an associate of Trump’s personal lawyer Rudy Giuliani, has pleaded not guilty to federal campaign-finance violations in a separate criminal case.

Engel said he would convey to the State Department on Wednesday a formal request for documents, information and a briefing from senior officials.

The State Department did not respond to a request for comment.

The State Department also canceled without explanation a regular monthly briefing set for Wednesday on embassy security. In light of tensions in the Middle East after a U.S. drone strike that killed an Iranian military commander, the session was to have focused on Iran.

“The Trump administration is poisoning the traditionally good relationship between the State Department and Congress. Members are running out of patience with the constant stonewalling,” a Democratic aide said.