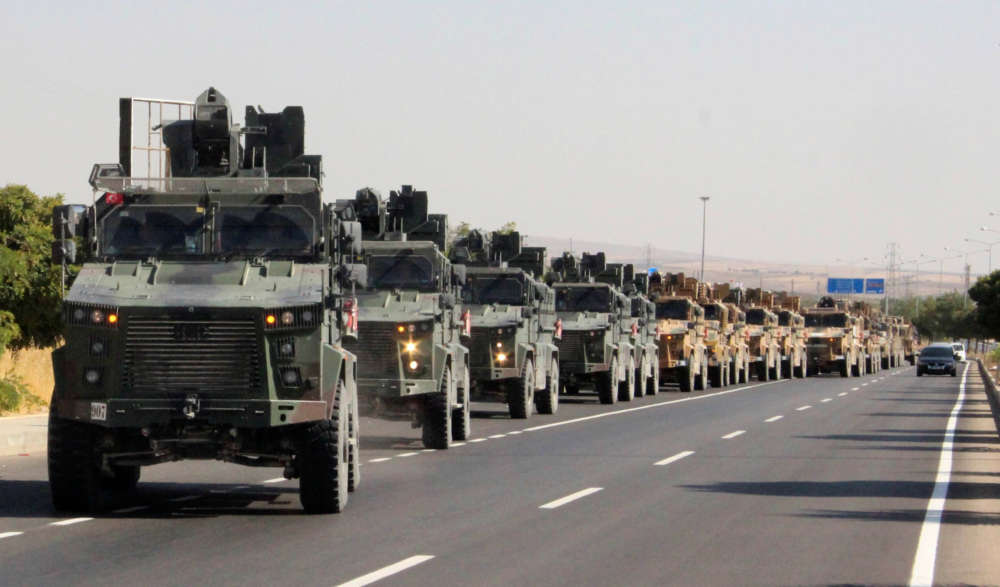 President Donald Trump on Wednesday played down the crisis in Syria touched off by Turkey’s incursion against U.S.-allied Kurdish forces, saying the conflict was between Turkey and Syria and that it was “fine” for Russia to help Damascus.

Trump, speaking to reporters at the White House, said imposing U.S. sanctions on Turkey would be better than fighting in the region and that it was up to the countries there to work it out.

Kurdish-allied forces, backed by American troops, had been a strategic U.S. partner in the fight against Islamic State in northeastern Syria before Turkey launched an assault in the area following a phone call between Turkish President Tayyip Erdogan and Trump last week.

Trump has faced harsh criticism for his handling of the situation, including from fellow Republicans. He is scheduled to host congressional leaders at the White House later on Wednesday as lawmakers ready sanctions against Ankara.

“I viewed the situation on the Turkish border with Syria to be for the United States strategically brilliant. Our soldiers are out of there. Our soldiers are totally safe. They’ve got to work it out. Maybe they can do it without fighting,” he told reporters.

Later on Wednesday, Trump’s vice president and top diplomat are scheduled to travel to Ankara to meet with Erdogan, who Trump has invited to the White House next month. U.S. Secretary of State Mike Pompeo earlier on Wednesday said the goal was to seek a ceasefire.

Erdogan, speaking to reporters in the Turkish parliament earlier on Wednesday, said he was reevaluating his planned visit to Washington in November but may visit Russia.

“We’re watching and we’re negotiating and we’re trying to get Turkey to do the right thing, because we’d like to stop wars regardless,” Trump said. (Reuters)