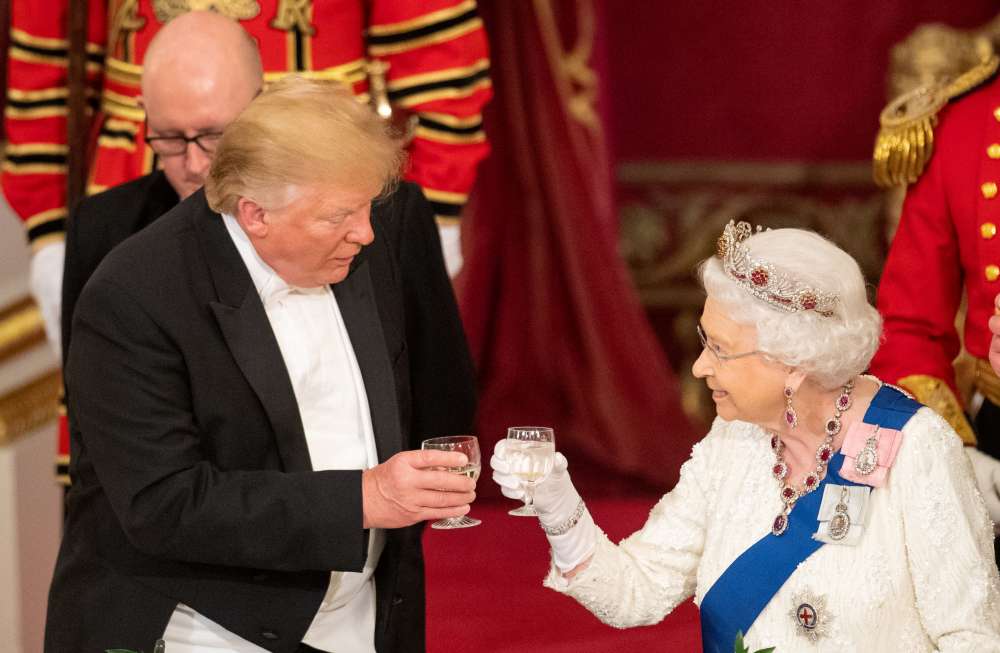 A giant inflatable blimp depicting Donald Trump as a pouting baby in a diaper will fly outside the British parliament in London on Tuesday ahead of what is expected to be one of the city’s largest protests against a foreign leader.

The six-metre high blimp will fly above Parliament Square for two hours from 0900 GMT when Trump is due to hold talks with the outgoing British Prime Minister Theresa May nearby in Downing Street.

Trump and his wife Melania arrived on Monday for a three-day state visit – a pomp-laden affair that involved a banquet at Buckingham Palace on Monday evening.

“We’re sending a very clear message of solidarity to those affected by his despicable politics – and saying loud and clear that the US president doesn’t deserve the red carpet treatment,” said Ajuub Faraji, one of the organisers of the blimp.

Police will close the road directly outside Downing Street to protect the president and his family.

The state dinner held in the president’s honour was boycotted by several lawmakers, including Jeremy Corbyn, the leader of the opposition Labour Party.

The U.S. president’s supporters said it was an insult to snub the leader of Britain’s closest ally. But the demonstrators have received tactical support from Mayor of London Sadiq Khan, who has repeatedly clashed with the president and who gave permission to fly the blimp.

The president called the mayor a “stone-cold loser” shortly before he arrived in Britain and has in the past accused him of failing to do enough to stop deadly terror attacks in London.

Trump said he is “loved” in Britain despite the protests. He said he was closer to Britain than any other American leader, citing his mother’s Scottish roots and the two golf courses he owns in the country.

“I don’t imagine any US president was ever closer to your great land,” he told The Sun in an interview. “I think I am really — I hope — I am really loved in the UK. I certainly love the UK.”

The protests are expected to build up later in the day when demonstrators begin gathering at Trafalgar Square at 10:00 GMT. They will travel via Embankment to reach Parliament Square in the afternoon because the police have closed off the southern part of Whitehall.

Protesters from all over Britain will travel to London to join the demonstrations. Other protests against Trump’s visit are planned in 14 other cities and towns.

Scott Lucas, a professor of international and American studies at the University of Birmingham, said other U.S. presidents such as Ronald Reagan and George W. Bush have faced large protests in Britain.

He said the protests typically tend to be larger for American presidents than leaders from other countries such as China or Saudi Arabia because the two countries are historic allies.

“America is our friend and you have to be able to speak to your friends in a certain way,” he said.

By In Cyprus
Previous article
Rents in Cyprus take off
Next article
Italian ambassador: Hydrocarbon reserves an opportunity for greater regional cooperation