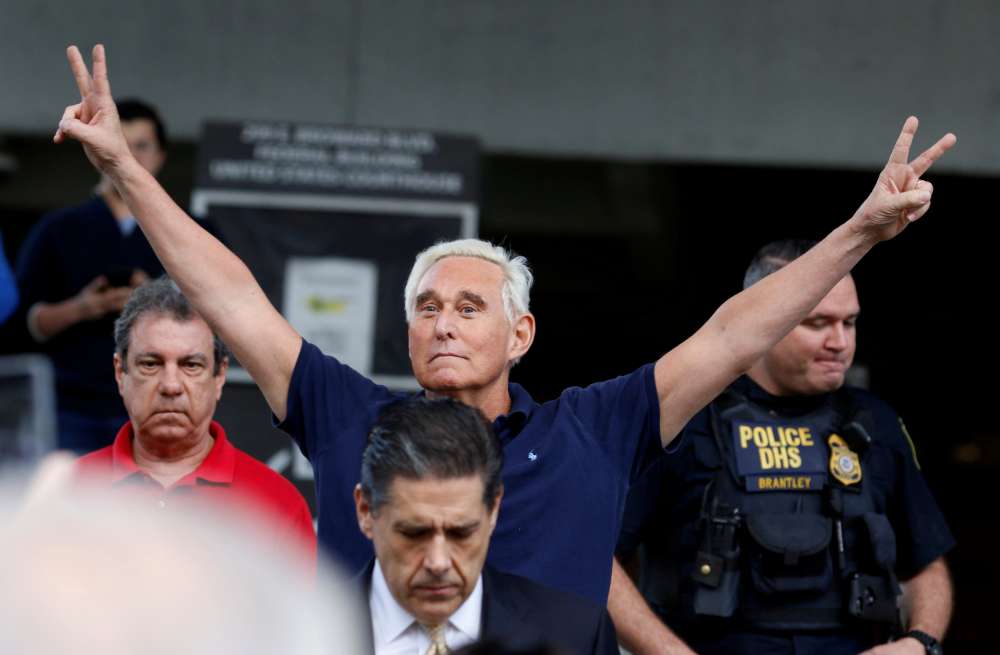 U.S. President Donald Trump’s longtime adviser Roger Stone on Friday urged a federal judge not to ban him from talking about his criminal case in the Russia probe, saying that unlike Kim Kardashian he was little known to the public and that he did not need a gag order.

In a court filing, Stone and his lawyers told U.S. District Judge Amy Berman Jackson, who is mulling a gag order , that his First Amendment right to free speech entitled him to “speak as he wishes” unless it posed a “clear and present danger” to finding an impartial jury.

The 66-year-old self-proclaimed “dirty trickster” has made several media appearances since charges were announced last month, and in a Reuters interview downplayed the charges as “process crimes” that did not involve intentional lies.

In Friday’s filing in the Washington, D.C. federal court, Stone also downplayed the risks of his speaking publicly.

He said people who closely follow American politics might know who he was, but he was “hardly ubiquitous in the larger landscape of popular consciousness.”

Stone then contrasted his limited social media presence to that of Kardashian, the actress, entrepreneur and socialite.

In a separate filing on Friday, the Department of Justice said it would not oppose a narrow order restricting all parties and lawyers from speaking publicly, if it would be “substantially likely” to undermine Stone’s right to a fair trial.

It is unclear when the judge will rule.