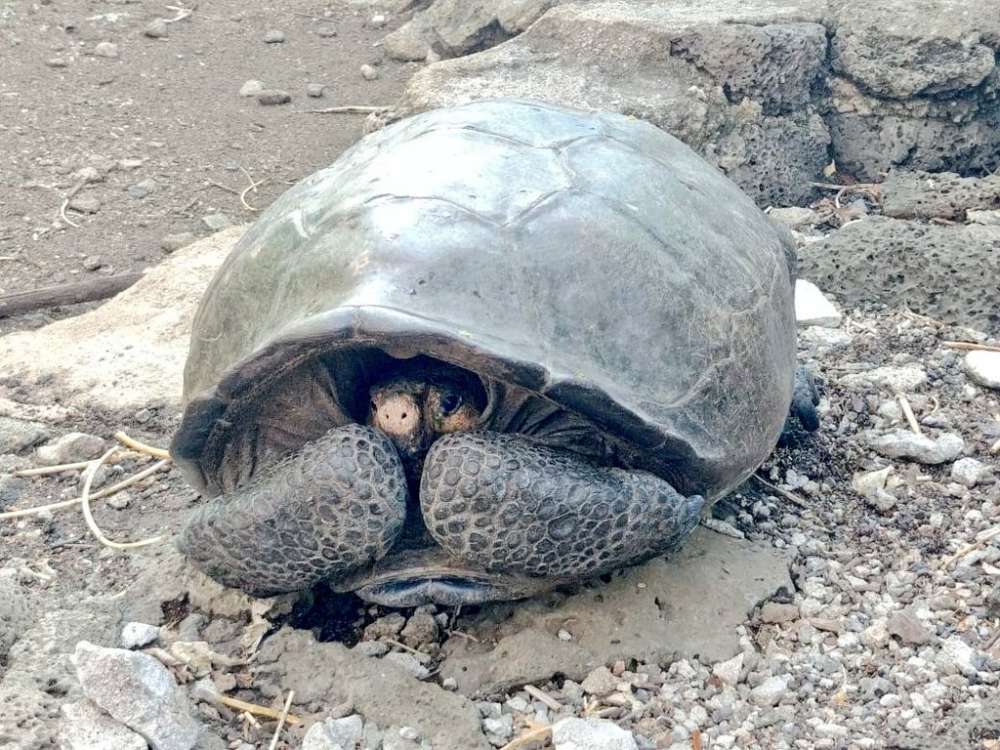 A species of giant tortoise thought to be extinct for over a hundred years has been found on the Galapagos island of Fernandina, according to Ecuador’s government.

The tortoise, an adult female of the genus Chelonoidis phantasticus was found during an expedition led by the Galapagos Parks authority and the Galapagos Conservancy group, the Ecuadorian environment minister Marcelo Mata said.

He posted a photograph on Twitter of the tortoise, which is also known as the Fernandina Island tortoise.

There has only ever been one previous confirmed sighting of the species. A single individual was collected from the island as a specimen in 1906 during a huge expedition by the California Academy of Sciences.

The Fernandina tortoise, which was already very rare, was subsequently thought to be extinct due to volcanic eruptions over the centuries.

Fernandina is the youngest island in the Galapagos archipelago and remains the most volcanically active.

Despite the indications the tortoise was extinct “there have been anecdotal observations indicating that there may indeed still be a very few left on the island”, according to the Galapagos Conservancy website.

A 2015 assessment by the International Union for the Conservation of Nature (IUCN) published in 2017 listed the species as “critically endangered (possibly extinct)”.

“The single distinctive holotype of the species, a large male and the only Fernandina tortoise ever collected, was found alive in 1906 by Rollo Beck of the California Academy of Sciences. No other Fernandina tortoises have been documented since, but in 1964 helicopter-assisted surveys of remote areas on Fernandina documented several large tortoise scats and a few Opuntia cactus pads with tortoise bite marks at a location 6 km from the shore at an altitude of 360m.

“In 2013, during vegetation monitoring, a scat and some footprints were found,” the IUCN said, adding: “These sightings and signs, though needing verification through more extensive surveys, indicate the possibility that the species may remain extant in exceedingly small numbers.”